An album just begging for a singalong, My Gasoline Heart offers a steady burn that stays with you

by Nick Warren
View ProfileTwitterInstagramRSS Feed
October 23, 2019 at 11:15 AM 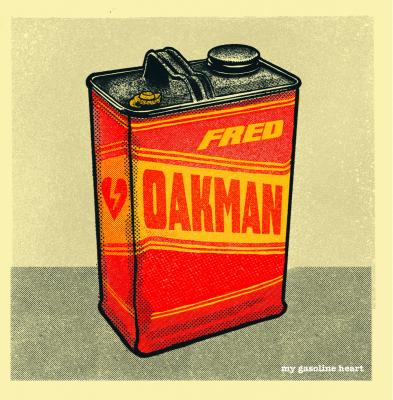 With unforgettable emotive moments just begging for a singalong, My Gasoline Heart finds songwriter Fred Oakman exactly where he needs to be. In the tradition of fellow punk rockers Chuck Ragan, Tim Barry, and Frank Turner, Oakman picks up his acoustic guitar and sits down for an inspired folk experience. Beginning the album with an almost reverential solemnity in "That Ain't the Way," he urges the listener to pay close attention. Employing a stripped-down simplistic arpeggiation, it's a far cry from the titular opening track on his former band Signal Home's A Fragile Constitutional. It's been more than a dozen years since then of course, but Oakman is able to harness every bit of that raw earnestness, just in a more mature package. In the album's next opening tracks, Oakman cranks up the heat, with both "You Make Me Sick" and "Something New" bringing some of the record's catchiest hooks. Wonderfully reminiscent of some of Lucero's early work, Oakman's gravelly vocals give nods to alt-country, with his backing band (The Flood) providing pitch-perfect accompaniment. Exquisitely listenable, My Gasoline Heart offers a steady burn that stays with you.