Free as a Bird: Birds of Prey is Only Slightly Better Than its Predecessor 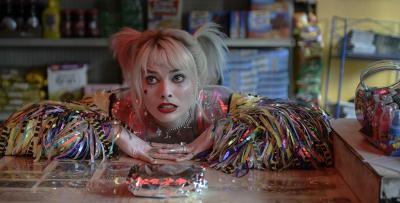 Two Stars out of Five

The 2016 supervillain mash-up Suicide Squad was a terrible, awful movie. It was somehow both overcooked and underdeveloped, with shockingly bad story progression and some of the most amateurish editing I've seen in a major studio release. When I heard that the sequel/spin-off Birds of Prey (A.K.A. The Fantabulous Emancipation of One Harley Quinn) was a noticeable improvement, I had to see it to believe it. While it is definitely better than Suicide Squad, that sadly only makes it just a little bit below average.

The film once again follows Harley Quinn (Margot Robbie), newly separated from her boyfriend/tormentor Joker and suddenly finding herself a target for every cop and criminal in Gotham. By chance, she comes across a young pickpocket who stole a diamond from a crime lord (a wonderful, scenery-chewing Ewan McGregor), and to save herself, she offers to bring the child to him. However, a team of superheroes is also hot on Quinn's tail and Quinn finds that her growing attachment to the girl is making it difficult to fulfill her mission.

The film has all the problems that Suicide Squad had, including jarring editing and a story that goes in 10 different directions. It's just less obnoxious about how it presents these problems. And while Robbie is certainly having a lot of fun playing Harley Quinn, the schtick grows old really fast. The other members of the team have promise, but there's not enough of them (Mary Elizabeth Winstead's Huntress comes in way too late). As I said before, it is a definite improvement on the first film, but not enough to be worth watching. — Forest Taylor