Frittering Away My Sunday Morning...

Some things never change. The GOP wants you to submit to the authority of corporate America.

by Jay Stevens
View ProfileFacebookTwitterGoogle+RSS Feed
November 13, 2011 at 10:42 AM 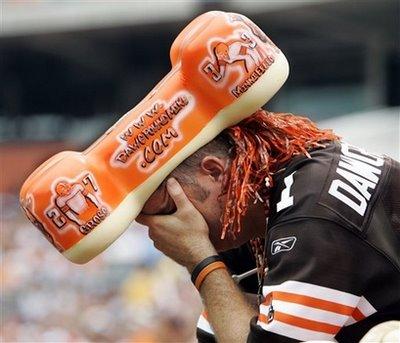 So, here we are. Sunday. Instead of watching football today, I thought I'd mull over Plato's five forms of government and how that applies to the state of rule in the United States.

Well, I'm down on football right now. Thanks, Penn State.

Anyhoo, Notre Dame philosophy professor Gary Gutting this week had an intriguing piece in the online section of the New York Times on that very subject of Plato and government, and he had this to say:

Current calls for "less government" actually mean less power for elected leaders and for the bureaucracies that serve them and more power for the "oligarchy" of millionaires and corporations.  Such calls also imply less power for the people (the democratic element), since, while elected leaders are directly responsible to those who vote, those whose power is based on wealth are not.  In fact, many of us who bristle at any government interference with our freedom and privacy, accept, as an economic necessity, similar interference from the companies we work for or do business with.

Essentially, he got here by noting that power structure in the United States is divided into varying forms -- government bureaucracy, executive power, corporate power, the democratic process -- all of which creates an ever-varying balance. Depress one form of power -- government, say -- and you lift others.

Makes sense, doesn't it? And it makes sense in the context of Republican rhetoric this presidential primary season, with calls for lower taxes and business-instead-of-government and deregulation and all that. Republicans want business to rule.

It's a call to submission under what they paint as a benevolent authority figure. After all, we -- everyday Americans -- have little or no sway over corporate power. Sure, there's all that talk about the "marketplace," which theoretically holds we do have sway over business through our purchasing decisions, but in reality that's absolute rubbish, of course. Big business acts in self-interest; if a product isn't as profitable as another, even if it would be popular, they won't sell it.  (I can't buy a zero-energy home in Erie, for example.) And certainly big business doesn't act at all in the best interest of a community if there's no short-term impact to the bottom line. (Pollution is a great example. Why spend millions on pollution controls to protect your workers and their families when polluting doesn't negatively impact your bottom line?)

Still, I don't think Gutting's model leaves out a lot of complexity how a society distributes its power. Business isn't all about large corporations. Capitalism has many guises. Small or local business is a kind of political entity that clashes against big business. Morality or ethics also play a role in power, which is expressed in the law. Libertarians and anarchists might argue that individual freedom is a kind of power structure that Gutting ignores.

Or something...but the bottom line is that the current vision of government and business espoused by the mainstream Republican party is a very bad idea. Instead, we need to defend our part in governing the country, our elections and ensuring that our government is responsive to our needs, not corporate America's.