From Candidate to CEO 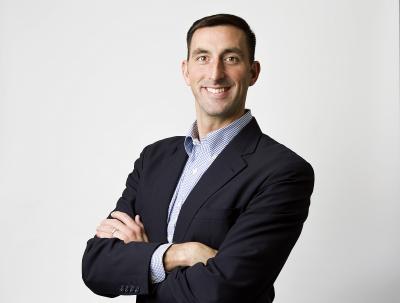 Maitham Basha-Agha
Despite his loss in the 2017 City of Erie mayoral race, John Persinger will play a major role in the cityu2019s trajectory as CEO of the Erie Downtown Development Corporation.

As the clock crawled on throughout the night of Tuesday, Nov. 7, 2017, John Persinger held on to hope. Erie, Pennsylvania's first serious Republican candidate for mayor in decades had been told victory was improbable at best, more likely impossible.

With all precincts reporting, Democrat Joe Schember, who emerged from a contested primary against six challengers, reportedly had tallied more votes and media outlets were heralding him as Erie's next mayor. Outside of Calamari's on an otherwise quiet State Street, standing on the sidewalk under the orange glow of a pulsing street light, chatting with victory-party-turned-center-for-condolence attendees, Persinger said he hadn't conceded yet. He would wait until the morning to review the vote count.

The morning came and the news held.

While the race was close by Erie standards — with a 3-to-1 Democratic voter registration edge — Persinger trailed Schember by 1,315 votes, a 6.75 percent defeat. Persinger called to congratulate Schember, and Erie's long blue line of mayors stretched onwards.

Then came the question that always follows: So what's next?

For Schember, the answer was clear: Implement the transition plan presumably worked on for a few weeks — if not months — leading up the general election outcome. Then, become mayor on Jan. 2, 2018.

For Persinger, the path was less clear. Many wondered where it might lead him.

Would he simply return to his full-time job — which he never left whilst running for mayor — as an attorney at MacDonald, Illig, Jones, & Britton? Would he find a bi-partisan place in the Schember administration? Would he re-gear the political machine he built to run for another race? Would the defeat be too crippling of a blow? Would he…

And for good cause. The 30-something had a good message. He stuck to it. He put up a good challenge. Ran a clean race. And caught a lot of attention during the campaign — including national coverage from Salena Zito for both the New York Post ["This die-hard Democratic city is about to turn Republican"] and the Washington Examiner ["Erie tells an ominous sign for Democrats"].

He also launched a mobile headquarters with an RV and got creative with campaign advertising by hiring a plane to fly over Erie with a banner broadcasting: Vote Persinger. Both were creative, if not different. And Erie seemed to welcome that.

But at the end of the day, he came up short in the polls, unable to sway enough Democrats to abandon their party. Wherever his path may lead him, it wouldn't be to City Hall.

The next 16 weeks that followed the election, for Persinger, seemed quiet. At least to the general public.

Withdrawing mostly from the public eye, he returned to his 9-to-5, celebrated the holidays, and then took a vacation to Florida, where he would occupy his mornings building sandcastles with his kids. After long days and seemingly endless nights on the campaign trail, it was time to spend time with the family, so he'd intentionally leave his cell phone in his uncle's condo, where he and family were staying.

One of those mornings when he was out building castles in the sand a call came in.

For a moment, Persinger speculated what NeCastro might want to talk about and then called him back. A series of exchanges and meetings led to an announcement at the Erie Art Museum on Tuesday, Feb. 27, as a crowd shuffled its way into the multipurpose space to see NeCastro and Persinger on stage together.

John Persinger, it was announced, would become the first CEO of the Erie Downtown Development Corporation.

According to its website, "the newly founded EDDC, a privately funded nonprofit led by a group of business and community leaders, is working together in the name of transformational change. The EDDC's core mission is to fuel economic growth through real estate development in downtown Erie."

As NeCastro often tells it— including on the day of the announcement in the Erie Art Museum — he got the idea after he approached Charles Buki at the Jefferson Educational Society. Buki, the principal planner for the czb, LLC planning firm that submitted Erie Refocused, the City of Erie's comprehensive plan and community decision-making guide, was presenting at the Jefferson to provide insight on how cities and stakeholders can implement plans. Buki told NeCastro to examine Cincinnati's Center City Development Corporation, a nationally recognized darling in development circles.

"It's analogue," Buki says of the corporation that formed back in July 2003 as a 501(c) 3, a tax-exempt, private, nonprofit corporation whose mission and strategic focus is to strengthen the core assets of downtown by revitalizing and connecting the Central Business District and the urban, working-class district Over-the-Rhine (OTR). "It's a great model for Erie to consider and personalize."

Drawing inspiration from what's been accomplished in Cincinnati over the past 15 years, the EDDC looks to address a critical issue facing Erie: increase the tax base through real estate development and concentrate on an area from Perry Square to Third Street and from Sassafras Street to Holland Street. And it's using the most recent battery of community plans in Erie: Erie Refocused (city plan), Emerge 2040 (regional plan), and the Erie Downtown Master Plan (micro focus on the city's center).

3CDC was able to accomplish what, according to Buki, "defied conventional responses for decades" in a "stubbornly distressed" neighborhood.

"The durable engine is the one that is a true partnership between public and private stakeholders," Buki adds. "The shaping of a city is never done solely with private capital or solely done with public dollars but through a marriage of the two. The best way to transform the city is to find the optimal blend of public incentives and private appetite for risk that results in an overall confidence from folks on the sideline to jump in and invest in that community."

To date, investment in the EDDC through the Erie Equity Fund totals more than $20 million, including a $5 million investment from Erie Insurance and $2.5 million each from the Erie Community Foundation, Gannon University, UPMC Hamot, ErieBank, and Northwest Bank for a total of $17.5 million, and most recently $1.5 million from Marquette Savings Bank.

"It was a real bold stroke for the Mayor-elect right out of the box to embrace the plan and to formalize it with the establishment of a planning office and then hire a first-rate planning director," Buki says of Schember and Kathy Wyrosdick, who moved from the Erie County Planning Department to the City.  "Without that, the EDDC, the private sector, doesn't have a partner. That by itself is a huge foundational element to the future success of the EDDC."

On the campaign trail, Schember and Persinger spent more time back-patting than taking jabs at one another. In fact, the heat built leading up to the primaries cooled during the general election, as the two were amicable and good-natured.

"I'm very excited and happy with this announcement today," Schember says after NeCastro and Persinger left the stage. "I can't think of a better person to lead the EDDC. I think he's going to do a great job, and I look forward to working with him. You'll see us working together to transform Erie as quickly as possible."

And during the lead-up to November's election, Schember and Persinger regularly met with the EDDC.

"During the campaign, we met with [Schember and Persinger] once a month to keep them apprised of what we were doing because we knew we would need that alignment with the city," NeCastro explains. "During that time, it didn't occur to me immediately that John would be a good candidate, but in December when we had interviewed a number of candidates, I kept coming back to 'something was missing'. And what was missing was that foresight and that vision and that passion that John brought to the table.

"It became abundantly clear to me, really over the Christmas holiday that he was the right guy. And I was hoping that when I called him he would see it that way also, but I seriously was not sure that he would."

NeCastro told the audience at the Art Museum that he thought it might've been a crazy idea.

Persinger responded with: "Crazy, I'm the guy who ran for Mayor of Erie — as a Republican."

After the announcement, while fielding questions on what the next steps would be, Persinger was focused on the long-term.

"I want to make sure I have my head around all of the issues. First thing's first, I want to sit down with the Board," he says. "We'll prioritize what we'll be working on, what our agenda is going to be not only for the short-term but for the long-term, because this is really focused on the long-term success of Erie in transforming the downtown core so that we can have long-term success for the region."

Like NeCastro's palpable excitement and infectious enthusiasm for Erie and the development and progress thereof, Persinger's passion for Erie is evident, too. To those considering the various candidates — some coming in from a far as San Diego — that passion took priority over real estate and development background.

"One thing that we learned early on from others that have done this type of work before is that the most important attribute from a CEO of this type of organization is passion. That it's in their DNA, they love what they do, they wake up and can't wait to get started," says Christina Marsh, Chief Community and Economic Development Officer at Erie Insurance. "John demonstrated that during the campaign and certainly demonstrated that during the interviews. He's from here, his heart's here; we believe that will go a long way."

And to move the EDDC forward, having a leader with vision and passion outweighs one with real estate acquisition and management in their portfolio.

"We have deep real estate expertise on our board, not necessarily the members themselves but with the institutions," NeCastro adds. "The old saying: 'It takes a village' — we're going to surround John with whatever resources he needs. And don't underestimate his ability to catch on. He will be a top-notch real estate developer in a couple years' time, I'm convinced of it. He's the kind of person that doesn't see obstacles; he sees opportunities. That was the other thing that convinced me that he's the right guy."

Day 1 as EDDC CEO for Persinger began Monday, March 12. While the public largely celebrated the naming of Persinger to the position since the Feb. 27 announcement, the appetite of immediate expectation remains to be seen.

In the now, NeCastro notes that catching Persinger up to speed is the priority. From there, it's on to assembling a team, and then working on projects underway or up for consideration in an effort to build a better Erie using muscle from both the public and private sector.

"You always want to keep in mind that the customer is the citizen of the community," Buki notes. "You always want to be asking yourself as director or as a member of the Board 'How does what we're about to do result in helping my community become better?'.

"You will out of necessity focus on a particular real estate transaction, but you will not be only praying at the altar of the greater return that transaction will provide. You will serve two masters: one master is the transaction itself and what it has to return. The other master is: how does the completed project add to a better city? An entity like this has a true double-bottom-line approach on a daily basis."