In the next episode of Erie Reader, Matthew Flowers narrates the story of Erie's public access television. 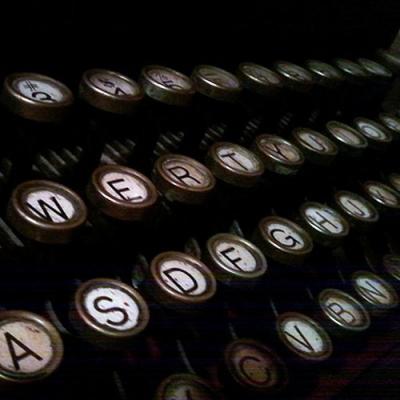 Donald Draper. Walter White. Daenerys Targaryen. These are the characters we welcome into our lives in high defintion to enthrall us, to captivate us, to entertain us, and to distract us from the mundane, the monotony, the struggles, and the challenges of our day-to-day endurances that unfold before us in real definition.

While a few still swear off television and claim what little bit of hipster cred exists for eschewing the glowing rectangles that light up our electric hearths, many find reprieve in becoming lost in the storylines of characters of another time, another place, and other worlds. They're our escape, our entertainment, our connection to something other than us.

But driven by budgets, commercials, and ratings, these stories are far from our own. As much as we revel in losing ourselves in these tales, we're not secretive, chauvinistic Madison Avenue  ad men, amoral, cancer-riddled chemistry teachers turned meth cooks, or gorgeous, dragon-wielding conquerors of Westeros.

And reality TV falls short of capturing the "us" in a community. After all, how many of us have a dynasty built around ducks or direct our lives solely on visiting the gym, doing laundry, and getting a fake tan?

So what if the cameras are truly turned on us? And what if we're the ones directing them? What if the community directed and starred in TV? Enter community access television -- something the Erie Reader isn't all that unfamiliar with.

Awhile back we toyed with the idea of a TV show. You may have even caught us once or twice while surfing around. Managing Editor Ben Speggen would interview writers about what they had contributed to an issue currently on stands. It started small, with Speggen behind a table and a writer flanking him on each side. There was only two angles, and no one moved around the smallish circular table. Then a cutaway would happen, and suddenly there was a musical guest, first a guy with a guitar off to the side of the table, just out of the first camera's focus, and then second a hard cutaway to a previously recorded bit of a show in a local bar.

Things improved quickly under the guidance of the folks at CATV. The troupe behind ERTV were moved to the studio, and Speggen posted up behind a desk and guests enjoyed the comfort of a sofa. We even had special effects.

And our musical guest was live in the studio. They played three times during that episode, and were still relatively new to the Erie music scene.

That's as far as ERTV went (for the time being), but what came from that is a desire to tell this story. One of the guitarists and singers in that live-in-studio band was Matthew Flowers, whose band Falling Hollywood graced our cover last year when they released their debut album "Set The Table." Since then, the band's been gaining momentum, developing followings in surrounding cities, and is currently working on its second album, less than a year later.

Flowers also showed us he can write more than catchy, thoughtful, and entertaining lyrics and music -- he can write some damn fine stories fit for print here in the Reader. And with that, we bring you his first cover story. It focuses on CATV and I Am TV, and captures the past, present, and future of Erie's public access television.

Flowers interviews the people behind these stations, the programming and creative direction they explore, and the challenges they face. While one station's been a mainstay in Erie for quite some time, the other is still in uncharted waters. And while one is growing quickly, the other is now facing significant budgetary cuts.

What does this mean for you, for us, for the story of Erie and its community? Those are questions Flowers explores in this character-driven feature of the Matthew Weiners, Vince Gilligans, and George R. R. Martins of Erie's public access universe.

You'll find that, along with a revisiting of climate change and Lake Erie, a look at the rerouting of Erie's buses, a discussion of fair trade and "fast fashion", an interview with hot indie band Alt-J, a profile of Erie celebrity sports artist Kevin-John Jobczynski, previews of the Erie Playhouse's "Next to Normal" and the huge "Spirit of Erie" Pageant, and the upcoming Nappy Roots show at the crooked i.

So stay tuned, Erie, as we continue to bring you the characters that populate our city, the issues and events that matter to us all, and the stories that would make for some great TV.