From the Editors: A Long Time Coming

Erie has been at a crossroads for a while, and the time has come to take that proverbial turn. 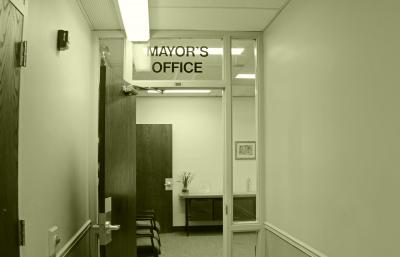 This moment has been anticipated for a long time, and we don't mean Halloween. Erie's mayoral race has been at the forefront of our minds for years now. Ever since Joe Sinnott ran unopposed for his third and final term, Erie has looked ahead to this decision. Speculation ran rampant for years, as various people threw (and sometimes withdrew) their hats from the ring.

By the time of the May 16 primary election, there were nine candidates running. Depending on which ballot you had in the closed primary, voters either had two Republicans to choose from, or a whopping seven Democrats. While Erie's registered Democrats outnumber its Republicans by a roughly 3-to-2 margin, there was still an unfortunately low voter turnout at around a mere 26 percent. When the dust settled, the Republicans had John Persinger, the 35-year-old MacDonald, Illig, Jones, & Britton lawer, while the Democrats voted in Joe Schember, the 66-year-old former city councilman and vice president at PNC Bank. While neither candidate was our first choice, they were far from our last. We've had the privilege of speaking with both candidates at length. Both men bring new ideas to the table. Each wants to open up City Hall and increase the public visibility of the mayor's office. Most interestingly, both ran remarkably clean campaigns, with nary a bit of mud slung throughout summer and into fall.

Yet, as nice as these candidates are, that isn't enough.

Erie has been at a crossroads for a while, and the time has come to take that proverbial turn. Both candidates want to make the right decisions, to push Erie into a better place. Simply having good intentions, however, counts for next to nothing. Erie needs an executive that is willing to take calculated risks and propel us through our shifting post-manufacturing economy.

Let's not make the mistake of believing the burden rests on their shoulders alone, however. The second-most watched race in our region is that of the Erie County Executive. In mid-October, we, along with the Jefferson Educational Society, presented debates for both offices. While the mayoral race was mostly mild and well-mannered, the debate between incumbent Kathy Dahlkemper and challenger Art Oligeri displayed a strange, captivating tension, the audience erupting in applause and even some vocalized partisan name-calling. The role of County Executive requires someone knowledgeable, experienced, and level-headed, and, as per every race, we hope voters will choose wisely.

There are a lot of faces to be considered. In addition to those mentioned above there's Erie City Council to consider. In this issue, hear from that race's top vote-getter, Liz Allen, on why she decided to run in the first place. In these pages you can also listen to Erie School Board candidate Tyler Titus on how he might just make history if elected.

There are other faces you can find outside of the ballot. The Jefferson Educational Society's ninth annual global summit is set to be underway. There you'll encounter 12 respected speakers over 16 days, each with their own fascinating point of view to share with you.

Hear what everyone has to say. Think about it. Form your own viewpoints and make a decision, a decision that will hopefully put our community in a better place for years to come.