From the Editors: A triage of the soul 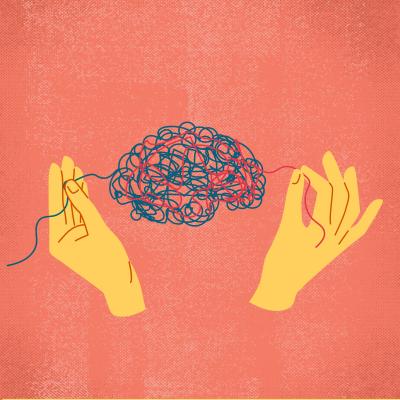 One of the fundamental challenges of human existence is determining where our priorities lie. Unfortunately, Baron Dominique-Jean Larrey, Surgeon in Chief to Napoleon's Imperial Guard, often found his lying on the ground.

Operating frequently within the midst of mass casualty events at the turn of the 19th century, Larrey helped refine a system for prioritizing care for the wounded according to the severity of their injuries. The process that we now know as triage derives from a French word meaning "to break into three pieces" — originally that meant filtering groups who required 1) immediate, 2) urgent, or 3) non-urgent medical attention.

Today's triage categories and processes vary from place to place, but the goal remains the same — to maximize life and minimize loss. However noble that aim may seem, though, part of the equation is evaluating who is beyond saving (dubbed "expectant" or "presumed dead") so that more resources can be committed to those who most realistically can be saved.

It's an ethical burden assumed not only by military medics but also civilian first responders and — especially during the ongoing pandemic — emergency room and ICU nurses. Despite being often understaffed, underequipped, and under-protected, the nation's nurses battled back tirelessly against a tireless adversary in 2020. Jonathan Burdick and all of us at the Reader will continue to be grateful for their selflessness and sacrifice throughout National Nurses Month and beyond.

Even so, bodies are not the only things that could use nursing back to health. In observance of Mental Health Awareness Month, perhaps we could pay some attention to our psyches, too. Between waves of misinformation, propaganda, and general ill will, widespread damages have been wrought. What of ourselves can still be saved? What have we already lost?

It is, perhaps, time for a triage of the soul. As another election season comes into focus, it's imperative that both politicians and voters examine their conscience and devote their resources and energies toward what matters most. Political leaders should leave egos and vendettas to die while working to resuscitate education, healthcare, climate, and social justice situations in critical condition. Meanwhile, voters should do everything they can to enlighten themselves — may we suggest the Jefferson Educational Society's Global Summit XII and XIII for starters?

As long as human curiosity, compassion, and conscience have a pulse, we still have a chance.