The future might freak you out, and it probably should. 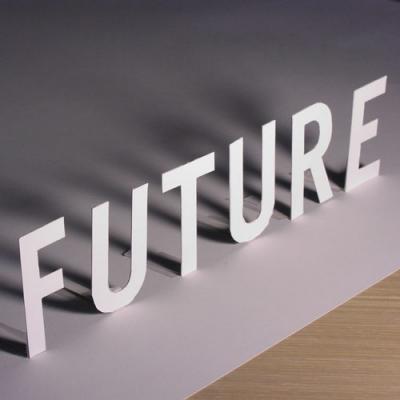 Perhaps The Amazing Criswell put it best in the introduction to Ed Wood's Plan 9 From Outer Space, insightfully remarking that "we are all interested in the future, for that is where you and I are going to spend the rest of our lives."

In her detailed piece, Mary Birdsong warns that our Great Lakes are in danger. Facing deep budget cuts at the hands of the Trump administration, the Environmental Protection Agency finds itself in dire circumstances. The physical and economic health of our city, along with countless others in the U.S. and Canada, depends on the health of all the Great Lakes. The stakes are high, and at the moment, the outcome looks bleak.

The physical and economic health of our city, along with countless others in the U.S. and Canada, depends on the health of all the Great Lakes. The stakes are high, and at the moment, the outcome looks bleak.

If you've been hearing that we're at a pivotal moment, that's because it's true. As Americans, and as Erieites, we stand at a crossroads. Some good news is that the direction Erie is moving isn't just in the hands of our 70-year-old demagogic commander in chief. Ben Speggen returns with another volume in the growing story of Erie's mayoral race. Diving into our city's history, he discusses the issues brought on by term limits. He also looks ahead to several debates happening prior to the May 16 primary election, including one hosted in part by the Erie Reader on Thursday, May 4.

If you are freaking out about the future, maybe you can take something to calm down. One particular "something" that garners quite a bit of attention is marijuana. In our cover story examining the illustrious history of the drug, Matt Swanseger looks at the current state of legal marijuana in Pennsylvania and what's in store for Erie County. Will the state of legalization change? Only time will tell.

And if you're still feeling pessimistic about what lies ahead, remember there's plenty coming up to be excited about. A quick look through our event spotlights and calendar will give you oodles of things to look forward to this month.

There's a lot coming up in the future – everything, in fact.

As far as who said it best, for now let's give that one to Mahatma Gandhi: "The future depends on what you do today."