A new economy evolving toward innovation 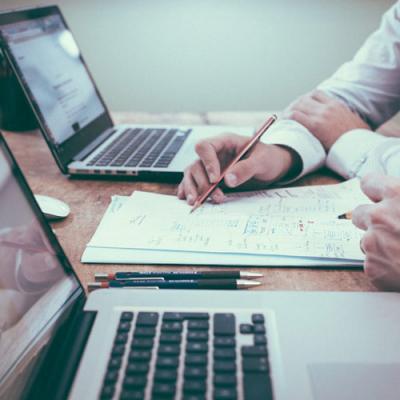 Industry is what drives our national economy. It can be the very reason why cities spring into existence, or the reason they decay and crumble. The success or decline  of a community is ultimately dependent upon its businesses.

We've watched as the jobs left. We watched as careers capable of supporting a prosperous working class faded away. The promise of job creation became a rallying cry for two Republican presidential campaigns in a row. The second time around, it helped win the office. Erie became the face of that promise. With national reports from NPR, Frontline, CBSNews.com, and others, voices of our disaffected voters were given a megaphone.

Will that be a promise kept, or, as so often happens in the political world, one that's broken?

This conversation continues to fuel discussion on a local level as well, and for good reason. Nine candidates want to be your mayor, and each has his or her own plan. Some of these plans seem to have a little more thought behind them than others. In this issue, Ben Speggen continues his coverage leading up to the May 16 primary election. We decided to go straight to the source. Reaching out to each and every mayoral candidate, we asked eight questions, all centering around business and innovation. Due to limited space, we were only able to print five of those eight sets of answers, but check out eriereader.com for the full transcripts. For a firsthand experience, be sure to attend the Erie mayoral debate on Thursday, May 4 at the Jefferson Educational Society, where C-SPAN host and Erie native Steve Scully will serve as moderator.

In the tradition of our annual industry, innovation, and entrepreneurship issue, you'll find a variety of business spotlights. Matt Swanseger and Nick Warren team up to highlight eight innovative businesses in the area. Ranging from multinational companies with decades of history to growing business that began in a garage, we've showcased a few of the many area employers that are worthy of praise. Maitham Basha-Agha takes a closer look at another thriving group of entrepreneurs, talking to three New Americans who own their own businesses. Tracy Geibel also helps track down four past 40 Under 40 honorees, to see how their businesses are doing now. If their advice reminds you of anyone you know, or if you know a business owner or leader in the community, remember that nominations for this year's 40 Under 40 class are currently welcome online at eriereader.com.

As the narrative of our local economy continues to shift, it's important that we have a goal in mind. If we continue to be complacent in the face of adversity, we lose. Having responsible leaders in place is absolutely crucial. We have the power to guide that economical shift. One of the small things we can do to help is to be informed voters. Make sure that the next elected leader of the city is someone with the right plans and vision to rebuild and serve Erie.