Sometimes there's a reason to drink 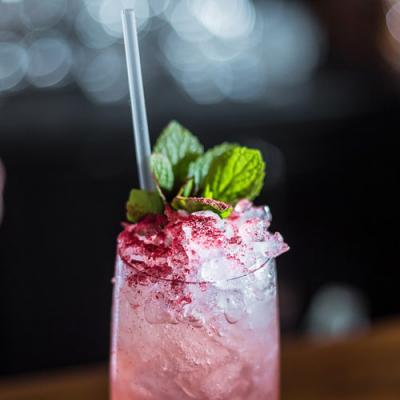 The world seems like it's a complete mess right now, and maybe it is. We're living in a country where our president refuses to openly condemn white nationalists committing acts of domestic terrorism until days after the fact. That shouldn't be a difficult decision. It shouldn't have to even be a decision.

Human rights and equality for all should not be a political issue. For as much as it hurts to see openly racist protesters in Charlottesville, Virginia, it's also affecting to see similar messages being sent out much closer to home. It hurts to see echoes of intolerance and bigotry, to read defenses of inexcusable actions and beliefs. The fact that these views are becoming more and more commonplace is terrifying. The polarizing views that Americans prescribe to are being trumpeted louder than they have in generations.

For most issues, there is a complex, nuanced explanation for each side of an argument. Even after a heated exchange of words, it's possible to understand the opposing viewpoint.

There is no understandable argument for hatred.

Bigotry is not something that can be rationalized or explained away. It simply isn't right. In 2017, we shouldn't even need to be saying that, but maddeningly, we are.

Then, if white supremacists weren't enough, there's the looming threat of nuclear annihilation. Escalation of violent rhetoric between the US and North Korea have put us closer to the brink of large-scale destruction since the days of the Cold War.

Racism and nuclear war — sometimes our country just wants to hear the hits again, as horrifying as they are.

Not making matters any better, here at home our local economy is being dealt another blow. Earlier this month, GE Transportation announced plans to lay off 575 workers at their Lawrence Park plant. Jim Wertz takes a deeper look at the inner workings of this news, offering up data as well as important perspectives on this monumental force in our region.

As the economic tide changes, the condition of buildings in our community begin to shift gradually as well. Blighted properties have become an increased concern for public officials and citizens alike. In an opinion piece, Alayna Getchell takes the city's "Action Team" to task, citing several of their actions as misguided and ill-conceived.

Whether or not you drink at all, we all deserve a short break now and then.

by The Editors10 hours ago
(or, how running a paper can feel like directing the worst movie ever made)