Beyond the blue trains 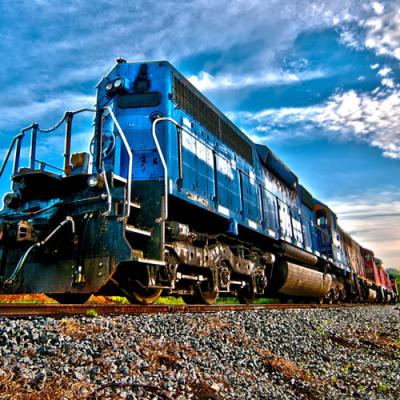 Sometimes it's not easy to push forward. Sometimes it doesn't feel like you should celebrate. Giving might be the last thing on your mind, but it's in these times when it's most important.

Last week, General Electric Transportation announced their plans to cut 575 jobs from their Lawrence Park plant. This is coming after 1,500 workers were laid off in 2015. News of this magnitude strikes a crushing blow to hundreds and hundreds of people, with an economic impact that will ripple through our community for some time. Hard-working individuals, ones who were fortunate enough to make a decent wage, will be hit by this decision. From their households to their surrounding communities, shockwaves will echo and reverberate all across the region.

Where does that put Erie? The answer remains uncertain.

Blow after blow has come to this city, and we're still standing. There will be more bad news. There always is. But just as the waves retreat, they come crashing back. The tides can change, but it won't be just by happenstance. Though too often it seems like decisions are being made for us in a boardroom over in Boston, or chambers in Washington, we have the power to overcome. It won't be easy, and it won't come through naivete or the rose-colored glasses of denial, but through diligence, creative thinking, and strategic moves.

For those of us who have the means, it's important to give of ourselves in order to make this city a better place. There are organizations out there making a difference every day. In myriad ways, they help to shape our community and build us all up. They do these things without the bottom line in mind, continuing forward to somehow make things better.

If ever there were a question of "when" to give, once a year, there's a clear answer. Erie Gives Day is coming soon, and it offers those who choose to donate an additional incentive beyond the standard moral fulfillment that charity brings. On Tuesday, August 8, donations will receive a prorated match from an allocated fund. One of the top contributors to the matching fund just happens to be GE Transportation. After all, one of the first things said by company communications leader Deia Campanelli when they made the cuts was that "we remain committed to Erie." As much as we sincerely hope that is true, we'll continue to keep our eyes open, and focused on the future.

If there were ever a more apropos time for the blues, we've yet to see it. The blues (and jazz) is spreading. In fact, the silver anniversary of the Erie Art Museum's Blues & Jazz Festival has even appended an additional day to the festivities. As one of our city's most beloved weekends all year, the festival urges us to let our hair down for a few days, taking in the wonderful sounds and sights over at Frontier Park. Let this issue be your guide, with a look at all the bands and activities going on all weekend.

From Robert Johnson's "Love in Vain" to Howlin' Wolf's "Smokestack Lightning," to the instrumental "Night Train" by Joseph Forrest, locomotives have been one of the most commonly occurring motifs in blues. They can symbolize everything from escapism, destiny, or simply a powerful momentum. Our city has been creating these icons for generations. For better or worse, they're in our blood. For now, we'll have to listen for the whistle and see where the tracks carry us.