Erie at the center of 'today's American Idea'. 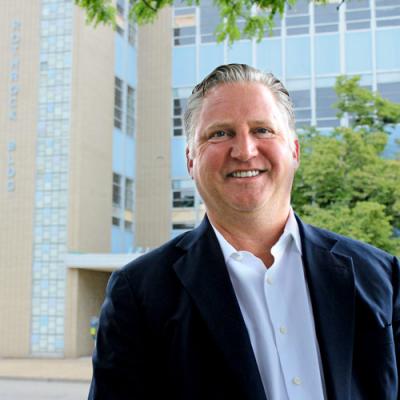 By now, there's a good chance you've heard that Erie made a national headline recently. And for once, it had nothing to do with a pizza bomber.

James Fallows, a national correspondent for The Atlantic, spent a week here in late August, just after a certain nationally-infamous news-getter spoke at Erie Insurance Arena. Fallows addresses the candidate's speech – and other observances he and his wife, Deb, made while in Erie – in an Aug. 25 post on The Atlantic's website.

"[Trump] appeared not to be aware that GE was shifting these jobs not to China or Mexico or some other overseas 'unfair trader' locale but instead, mainly to Fort Worth, Texas," Fallows writes. "He might also not have been aware that Erie has long prided itself on being a resettlement center for refugees like those he was warning about, including groups recently arriving from Syria."

Fallows uses visits by Trump and Sen. Pat Toomey as a starting point, but is quick to clarify that "even if no candidates had been [in Erie], the connection between local and national politics would still have been evident, because almost every issue of large-scale national consequence is playing out in this challenged, medium-sized city."

And just as we've maintained right along, Fallows emphasizes the critical role of citizen perception in shaping a region's future.

"A negative image of a region and its possibilities has been an important background factor, and sometimes a motivator, in many places we have reported from," he writes. "That's true in 'Dreary Erie' and other cities in the Buffalo-Erie-Cleveland-Detroit arc as well, and for some of the people there.

"For other people," he continues, "it looks different: For example, some of the software and tech entrepreneurs we saw at the Radius CoWork space in downtown Erie."

That Fallows chronicles many of the same inspiring folks we've spotlighted does our hearts good, of course. The change-makers in our region deserve all the fanfare they can get, and we're proud to do our part.

In our last issue, we featured Velocity Network's coming move to the Rothrock Building downtown as a benchmark on "The Path to Innovation."

Fallows likewise recognizes the significance of Velocity's move, and quotes CEO Joel Deuterman in his piece: "'When I was younger, I thought that business was a kill-or-be-killed proposition,' Deuterman, who is now in his early 50s, told us. 'I came to realize that if I did things with an awareness of the common good, the benefits would also come back to me, and with a heck of a lot less effort.'"

Fallows concludes his initial assessment by reasserting the importance of perspective, belief, and the courage and willingness to act with that same awareness of the common good that Deuterman describes.

"The real point for now is how stark we found the contrast: on the one hand, the flattened terms – 'angry,' 'resentful,' 'hopeless' – the language of media and politics used to describe America in general; on the other hand, the engaged, changing realities people understand about the places where they actually live," he writes. "The point may sound banal, but it has consequences."

Fallows encouragingly reports that in Erie, he has found people "trying to … improve their individual and collective futures, and generally to behave as if they are actors in their own dramas, rather than just being acted-upon. Being active, rather than passive, is one working definition of today's American Idea."

An idea whose time has surely come.