Closing the book on a wild year. 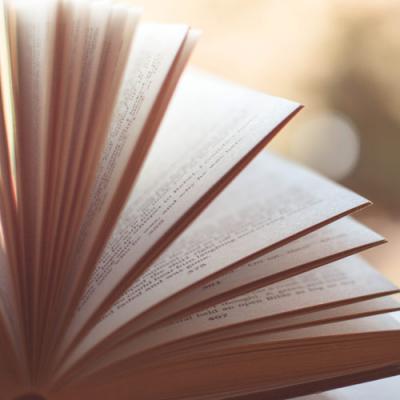 It's the holidays. These weeks find us up on the housetop, down the chimney, and back again. One minute you're scrambling to find last-minute gifts, and the next thing you know you're relaxing for a few days in a row, amidst opened presents and underactive houseguests. Soon, you're donning your best party attire and counting down until midnight, only to sleep the next day away, cursing the fact that you have to go back to work.

It's a different time for everyone, of course. Frantic, frazzled moments for some might be fulfilling, familial times for others. Parties may bring bliss or anxiety. The end of the calendar year is, without a doubt, an interesting time for all of us.

It's a time for toys and time for cheer. While our last issue included a list of present-day gifts made in Erie, Matt Swanseger plays the ghost of Christmas past as we look back to learn more about Marx Toys. The company, whose oldest and largest manufacturing plant was located in Erie (plus one in Girard), was a widely popular toymaker throughout the first half of the 20th century.

It's time to get reflective. The countdown of the clock isn't the only enumerated celebration around here. You'll be quick to note that this issue is filled with lists. Lisa Gensheimer gives us a rundown of some of the biggest issues Erie has faced this year. Our city is at a crossroads, one way leading to a bright, innovative future, and the other to potential disaster. We hope that our community's leaders (and future leaders) will learn from the mistakes of our past. In the words of Charles Buki, principal of Virginia consulting firm czb and author of Erie's comprehensive plan, we need to "stop doing stupid shit."

In the haze of a sometimes bleak outlook, there are things that make life a little easier. This issue also trumpets some of 2016's best media. Check out lists featuring our favorite albums (both national and local), movies, television shows, and video games.

We're also showcasing our city's best, well, everything. For the third year in a row, we're immensely proud to announce the winners of our Best of Erie awards. Over the last two months, we've collected votes online in 100 different categories (believe it or not, that big number is actually quite streamlined). We'd like to send out a sincere thank you to everyone who helped us by submitting nominees, sharing the contest online, and voting – and, a big congratulations to the winners.

As 2016 closes its doors, we look to the future. Tumultuous as everything has been this year, time marches on. This New Year's Eve, let's toast to the future, a better one for Erie, and for all of us.