Embracing love for everyone. 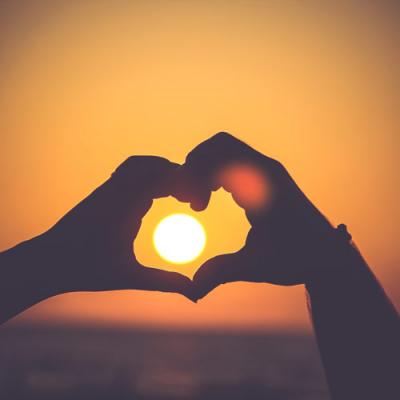 It's easy for some people to feel angry in times like these. Things seems like they're crumbling down around us so quickly that it's difficult to even keep track. But a recurring sentiment is also making its way through to our psyches, and it's an important one: love.

And what an appropriate time for love it is.

It's the early days of February, and that marks one thing for sure: Valentine's season. Of course, it's a "constructed" holiday. But at least it's one that was constructed around a noble purpose.

There are plenty of different ways to share the spirit of the holiday. Join 14 local musicians who all have something to say about love. Listen to a mixtape just for you and let them lead you through the ups and downs of love's curious path.

The sentiment is for everyone too, not just the relationshipped. Miriam Lamey gives you plenty of ideas for Valentine's Day whether you're single, a couple, or a family. Matt Swanseger abstracts the idea even further, detailing several historical Erie pairings of every sort.

The week leading up to this issue was bookended by protests. On Saturday, Jan. 21, a crowd estimated at over 2,500 people assembled in Perry Square for the Erie Women's March. On that unseasonably warm day, people came out in droves to march and listen to speakers. One speaker, Doris Cipolla, has offered her personal take on several important subjects that we're happy to feature in this issue.

Erie's Women's March was a sister march, one echoed around the entire world. The "main event," so to speak, was in Washington, D.C. Mary Birdsong recounts her experience participating in this iconic event, where she was one of an estimated 500,000 to 1 million individuals. It was a rallying cry for women around the world to come together in meaningful, peaceful demonstration.

On Sunday, Jan. 29, protesters assembled again to stand with immigrants and refugees. Though the day was at least 30 degrees colder than the previous week, hundreds were eager to make their voices heard in solidarity with Erie's new Americans. Speakers addressed the crowd, including the Erie Reader's own Maitham Basha-Agha. The Iraqi-born photojournalist recently exhibited his series Rust Belt New Americans, which focuses in on the moving life stories behind dozens of resettled refugees. Through witnessing beautiful photography and touching biographical accounts, the viewer quickly forges a personal connection with each local subject. The series is ready to view online.

When it feels like forces throughout the world, and even in our own country, seem hell-bent on shutting others out, love is a very important thing to hold onto.

Love for humanity is a force that can change the world. Now is the time to embrace and celebrate it, whether it happens to be Feb. 14 or not.