Some changes are hard to believe in. 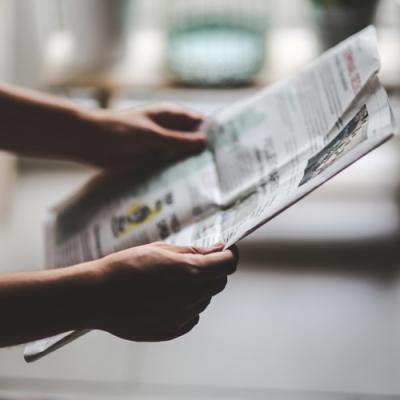 Something's been going around lately. More and more, we've been hearing a similar admission from people: "I just can't read the news anymore."

We'll admit it. When it comes to national news, things have been difficult to swallow. At every turn, choices are made that are harder and harder to agree with.

Inauguration Day falls two days after this issue hits the newsstands. We wish we could tell you that everything is going to get better, but it might not.

That feeling shared by millions of Americans was echoed by President Barack Obama (who still has a few hours left of his eight-year administration). On Jan. 10, he gave his official farewell address, and reasoned that "for every two steps forward, it often feels we take one step back. But the long sweep of America has been defined by forward motion, a constant widening of our founding creed to embrace all and not just some."

Change. Along with "hope," it was the other aspect of Obama's ideology that got him elected in 2008. A lot has changed over these last eight years, and much of it for the better.

But where do we go from here? As German philosopher Georg Wilhelm Friedrich Hegel would be quick to point out, you begin with a thesis. That is refuted by an antithesis, then both are reconciled to form a new idea, a synthesis. Then the process goes on, the synthesis becoming the next thesis and the process beginning anew.

Things are moving toward another change soon. That new synthesis should result in us thinking of Erie first. On May 16, the city will hold its primary elections for (among dozens of other positions) our next mayor. Since 2006, Joe Sinnott has served as mayor of Erie. We all know that our city sits at a crossroads, where mismanagement and lack of vision will drive it further into peril and disrepair. With the city's electorate a Democratic majority, the primary will almost certainly prove to be more heated than the general election. It's time to pay attention. It's okay to read the news.

Let's know in our hearts that the good in people can change our city and the world for the better. That the bad news can inspire action, and that the foundation of our country is built on these noble ideas.

In the final words of his farewell address, Obama implored, "I am asking you to hold fast to that faith written into our founding documents; that idea whispered by slaves and abolitionists; that spirit sung by immigrants and homesteaders and those who marched for justice; that creed reaffirmed by those who planted flags from foreign battlefields to the surface of the moon; a creed at the core of every American whose story is not yet written: Yes, we can. Yes, we did. Yes, we can."