A Year of Potential Energy 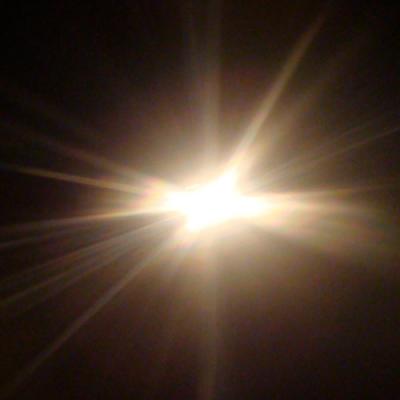 Now's the time. Time to harness every one of those good intentions that come springing forth as the new year begins, and actually do something with them. With 2017 in the books, 2018 (so far) remains a blank slate. The opportunities are endless. We have nearly an entire calendar year left to go before 2019 begins, and we all start getting retrospective again.

When next year does come around, where do you want to be? Do you want to be stuck making excuses for why things didn't go the way you wanted them to in 2018? Do you want to keep blaming those same things — everything but yourself — for why nothing has changed for the better? Will you lament, rationalizing that you set your goals too high, that you over-reached for something that could never possibly be done?

Let's not make more excuses. We do, of course, have to be realistic. Not everything can be done in one year, but some things can. Just think of how much in 2017 spun out of control and went oh-so wrong. If that many things can be undone in a single 365.25-day span, then certainly the inverse is possible. Granted, it's always easier to knock something down that it is to build it up, so the herculean efforts that some people make to progress things forward can't be understated. As frustrating as it is, "two steps forward, one step back," is still progress. That step back might feel like a mile. Hell, It might even be more than that. It might be painful, and probably bring more than its share of tears, feeling like more of an avalanche sometimes. The important thing is: keep going. We need to take those two steps, and you, along with the world around you, will be better off because of it.

This year has been referenced constantly since the election results in 2016. "Midterms — there will be a pushback, just you wait." Some version of that has been uttered nearly every day. Now, it's right in sight. We talk to one of the Democratic candidates looking ahead, candidate for US House of Representatives Chris Rieger. The Butler County lawyer announced his run in August (and was the second Democrat to do so, after Hermitage's Brian Skibo) against incumbent Mike Kelly, first elected in 2010.

With her own well-versed report on things, another politician — newly elected Erie City Councilwoman Liz Allen — offers her unique point of view, coupled with decades of journalistic experience with the Erie Times News. Her transparent, first-person take on the workings of local government will certainly be something special to look forward to in the coming year.

Also seeking to harness that special energy is the Erie Philharmonic. The organization — over a century old — still continues to do positive things in our community, bringing music, education, and outreach to the Erie area. Find out what's behind the music, driving the group to forge ahead into the new year and beyond.

It's a new, fresh time, the light of unbridled possibility lighting our way. It's in these first few desperate hours in the dawn where we feel invincible. That feeling isn't a naive shroud influenced by a couple of presents and champagne toasts, it's something real. It's the motivating spirit that drives us to get things done. It's that spark, that can set a warming fire ablaze even in seven feet of snow.