It's time for summer vacation 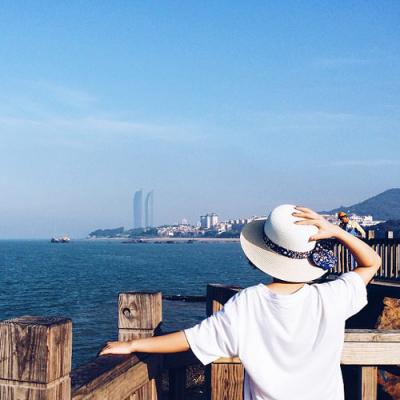 As often as we like to focus on our own local community, there's a giant world out there. This time of the year is traditionally one of the best times to go out and see it. Whether you choose to travel by plane, train, or automobile, summer is a time for exploring. Discovering new locations and gaining new experiences can be one of the most fulfilling things we as humans can do. There's just something magical about surveying a landscape for the very first time, or traversing a bustling city street filled with unfamiliar scenes. There's a freshness that we crave. By breathing in new air and feeling new ground under our feet, we plant our very own flags all around the globe.

Our city is doing that same sort of thing. Well, kind of.

Maybe you've walked by city hall and noticed a sign proclaiming Erie's "sister cities." It makes you squint reading it, wondering what exactly this familial designation entails. Matt Swanseger blows some dust off and looks beyond the sign, delving into Erie's estranged sisters. Looking at Mérida (Yucatán, Mexico), Zibo (Shandong, China), Lublin (Poland), and Dungarvan (Ireland), we find the rich, varying differences between five points on planet Earth. Is this all-but-forgotten distinction ceremonial, or is there actually a bond there that's thicker than water?

Some people come from around the world and bring their shared experience and art directly to Erie. Growing up in Ayacucho, Perú, master woodcarver Fredy Huamán Mallqui brings his heritage of training and skill to our arts community. Combining the delicate touch of old-world craftsmanship with a modern mindset and continuing educational growth, Fredy shows us that art has a global appeal and timeless beauty.

Another beauty locked in time lies only 90 miles away from our country. South of the Florida Keys, the nation of Cuba awaits new visitors for the first time in over 55 years. After severing relationships with the Communist country during the Cold War, tourists from the United States were finally welcomed back near the end of the Obama administration. As our current president calls that normalization into question, that open door might become a barely cracked window. Ben Speggen managed to slip in through that window, and gives us a dispatch from Havana.

There's plenty to explore, whether it's out of the country, or in our own county. Take a trip close by, and stop by the Gathering at Chaffee's for its 37th annual festival. One of the longest-running music festivals in the country is ready to set up camp once again in the beautiful fields of Girard.

Take a garden tour with the Bay City Gardeners, pop by the Erie Playhouse during their 100-year celebratory weekend, check out a show at Basement Transmissions, or attend the annual NPAA scholarship exhibition. There are new things to see and do every single day.

Clue: Not Just A Game Anymore

by Jordan Coon10/10/2022, 8:30 AM
Erie Playhouse stages the quick-witted whodunit show for the whole family