Our thoughts on the Roar on the Shore 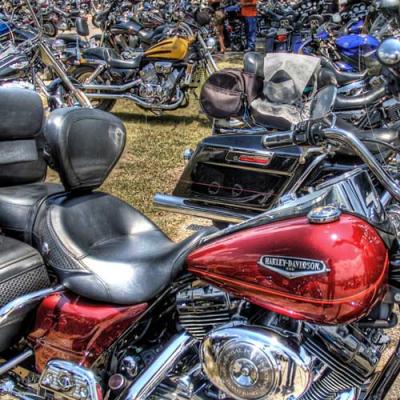 You probably heard it – the overwhelming rumbles and roars. And you probably saw it – the throngs of motorcycles lined up and down State Street, processing from the Casino to downtown to Presque Isle, all in participation of the 2013 Roar on the Shore.

While the final numbers aren't yet confirmed, the seventh annual bike rally was expected to bring 100,000 bikers to the Gem City and trigger a $20 million boon to an Erie economy that needs all the help it can get. Whether you enjoy the revving of the engines and the weekend of downtown congestion, the Manufacturer & Business Association event not only raises money for the Boys & Girls Club of Erie, it also benefits the city's struggling economy by drawing in visitors, growing our tourist industry, and each year exposing more people to the beauty we have here on the lake, potentially inviting more people to Erie each year.

But you may have seen and heard something else.

If you YouTube "Roar on the Shore," several videos pop up in the search results, mostly of riders casually cruising through Erie. But there's one that contains the word "accident" – and it's gone viral.

By now, you've likely already seen it, the video, shot several stories up from what appears to be the Avalon Hotel, which captures a rider colliding with two pedestrians after taking off in a line of motorcycles at the corner of 10th and State streets around midnight Saturday, July 20. While an investigation is still pending, those struck by the motorcycle, according to WICU/WSEE's Lisa Adams reportedly "got up, walked around, and refused hospital treatment." GoErie.com reported that one pedestrian suffered a leg injury in the accident.

Those friendlier videos, the ones of riders not colliding with people, have a decent number of views – the highest topping out near one-thousand – but the 14-second "accident" clip had 74,993 views as of 6 p.m. Monday, a twenty-thousand-view increase from earlier that day around noon. Local mainstream media outlets all had the video, posted by user TheDJK97, front and center on their websites Monday, and people both near and far continually took to commenting.

Some commenters blame the pedestrians for standing too close to the pack of riders who were clearly departing. Others blame the rider for being reckless in a tightly packed crowd of people. Regardless of where the blame falls – remember, an investigation is still pending as of Monday evening – people are talking, and when they're talking about Roar on the Shore and Erie, this is what's being talked about. This is the image now being associated with the event and with Erie.

But "accident" is an accurate and appropriate word. It seems clear from the video that the rider didn't intentionally hit the two people in the street, although Erie Police, as of Monday night were still trying to identify the driver, who, as reported on GoErie.com, fled the scene after the accident.

Approximately 100,000 people – just 1,779 more than the number of views the clip had as of 11 p.m. – visited our city and this remains one of only several accidents reported and the only filmed accident gone viral. This was an "accident," something that unfortunately happened that wasn't anticipated, and over which we had little control, and right now, it's coloring the entire three-day event and the year's worth of planning aimed at helping our city.

But you may have heard something else, something over which we did have control: Jackyl and a less than tasteful song the band choose to play to the gathered crowd of thousands of people Friday night.

The song starts out like the quintessential '80s metal/rock song, with the lyrics: "See the bird on the barstool, she's waiting on a jerk. If yes she likes the way he looks she'll put his ass to work. And you know she's been all around the block. Tried a doctor, lawyer, even tried a jock."

While accidents will happen – it's likely that next year we'll see an increase in police and traffic safety – inviting Jackyl, offering them our mainstage, and letting them scream "cock" with no artistic purpose or reason in sheer misogynistic fashion is controllable.

There should be vetting – some sort of research done on bands and their catalogues – not to ban songs or censor artists, but to specifically know what messages will ring throughout downtown, casting an image of "this is Erie; welcome to our city." Maybe worse, there was research and this was accepted as something okay, something acceptable to bill as hey, welcome to Erie – listen to this!

Roar on the Shore isn't billed specifically as a family-friendly event, so if kids were present and heard the song, well, that's at the parents' discretion, but it is billed as an Erie-specific event, one designed to "serve as a major fundraising event in the Erie region... to experience the best of the Great Lakes region."

When we welcome in bands like Jackyl at the same time we're welcoming thousands upon thousands of people to our city, we're telling them that this is our city – from the shores of Presque Isle to the grape fields in North East to the bands performing on the stages we construct downtown. So the question remains: Is this how we want to be seen, and is this the image we want to bill as "Erie," amidst the growth and development we're so desperately trying achieve?