It's time for our crude awakening. 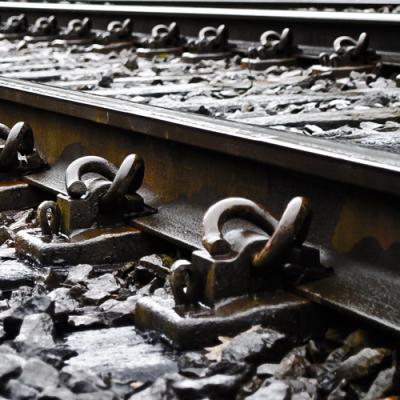 I'll tell you right now there isn't a community out there that's prepared to have a train explosion in the middle of their downtown. Once it happens, it happens. You're not going to stop it, unless you take mitigation steps like, hey, let's build a pipeline instead of shipping this stuff through and around a quarter of the world's fresh drinking water supply. I'm in the business of managing risk. Putting this stuff in a virtual pipeline that moves is not a good way to manage risk. … I can only imagine one of these trains going through downtown Erie at noon on a Tuesday. You know you're going to have a death toll, regardless of any amount of emergency planning and preparedness.

One of the most high-profile crude oil derailments occurred on July 6, 2013, in Lac-Mégantic, Quebec. The accident killed 47 people, destroyed the downtown, and spilled over 1.5 million gallons of crude oil – the same crude oil that travels through Erie every day.

After the disaster's immediate impacts, more long-term crises – like downstream drinking water bans and contaminated agricultural soil – have made a return to normal life impossible.

One can only imagine what might happen if a derailment happened here. Yes, the chances are slim. But is that a risk we can afford to take?

One can only imagine what might happen if a derailment happened here. Yes, the chances are slim. But is that a risk we can afford to take?

As Gensheimer writes, "Lac-Mégantic is the poster child for crude oil train disasters, but it's not alone. Since Lac-Mégantic, more than two dozen accidents and hundreds of so-called minor incidents involving crude oil occurred in the United States, according to the Federal Railroad Administration (FRA), which is responsible for oversight."

Before running this story, we at the Reader talked a lot about how best to present it. It's the sort of tale easy to dismiss as the exaggerated efforts of environmentalists trying to scare everybody into ending a powerful, polluting industry's reign.

It sounds elementary. We know.

But we also know that when it comes to safety protocols, the voices of those who stand to benefit economically from transporting crude oil by rail are – as usual – disproportionately louder; and that justifiable opposition from concerned citizens, taxpayers, and business and property owners from all walks of life gets silenced.

As Robinson summarized it to Gensheimer, "We're letting private industry and politicians who support them say, hey, yeah, we understand the risks, but because of profits and politics, we're going to throw that risk aside. And that's the criminal part of this whole thing that nobody wants to talk about."

Let's start talking about it, Erie.