The crossroads of industry, innovation, and entrepreneurship 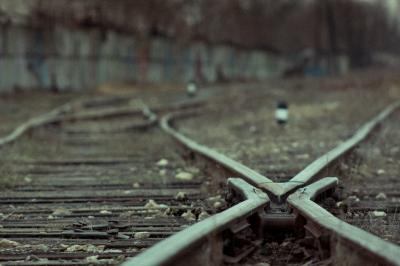 We welcome you to the fourth annual Industry, Innovation, and Entrepreneurship Issue (lovingly referred to here as the "I2E" issue). Here, we look at the roadmap of industry in Erie, the innovations guiding us into the future, and the entrepreneurial backbone that drives our local economy.

Some in Erie with their eyes on that future often say that the region finds itself at a crossroads.

Pejoratively speaking, being at a crossroads typically isn't seen as a good thing. Make the wrong turn and the driver of development at the wheel of the vehicle of growth putters off the path to progress quietly into that good night.

To contextualize the crossroads, read the "Letter of Transmittal: Comprehensive Plan City of Erie" Charles Buki submitted to the Mayor of the City of Erie, members of Erie's City Council, and the planning commissioners.

In the letter, which the Erie Reader ran in its entirety April 13, 2016, Buki, the principal planner at czb, LLC., the urban planning commission that completed Erie Refocused, wrote: "In an important way, how Erie got here is a less pressing matter than that Erie is where it is. In point of fact, Erie is at a crossroads, and, make no mistake, the clock is ticking."

Buki outlined the glut of vacant housing units in Erie (4,700), the erosion of middle and upper income households over the past four decades (33 percent), and the city's declining population.

"With all the earnestness at our command, we beg of you to be fearless in the face of resistance to change and be thorough from the very start. By holding onto old ideas, the result for Erie will be nil. Half measures will avail Erie nothing because your city is at a turning point."

Crossroads present options in decision making — which at best is calculated and weighed; at worst, perhaps, left to chance. Either way, standing at a crossroads doesn't encourage momentum.

Crossroads offer something else: An intentional moment to see who else is on the road and perhaps a chance to cross paths or share lanes.

The opportunity for connection and convergence drives Joel Deuterman, CEO and President of Velocity Network. That is evident in both the multi-service technology company's continued deployment of its fiber Internet as well as its rapid-paced construction on its soon-to-be downtown headquarters. It drives Mercyhurst University's role in Erie's downtown innovation. It also drives Penn State Behrend Chancellor Ralph Ford, and the school's multi-million dollar Advanced Manufacturing and Innovation Center. Ben Speggen checks in with these influential figures leading the charge in Erie's burgeoning centers of technology. He also tells the story of a new emerging leader on the scene — one who was almost counted out last November — John Persinger, new CEO of the Erie Downtown Development Corporation.

Looking at the overall state of Erie industry, Jim Wertz gets a word from Ken Louie, director of the Economic Research Institute of Erie, and analyzes crucial statistics from the Pennsylvania Department of Labor and Industry.

Oftentimes, those numbers don't reflect the success stories going on. In this issue, Matt Swanseger and Nick Warren highlight five growing businesses in Erie County, Cara Suppa follows up with three 40 Under 40 honorees who are continuing to find success, and Liz Allen spotlights three African-American entrepreneurs who are making quite an impact.

These connections fuel our future. They lead us in the right direction. By learning from the missteps of our past, and taking charge of our own future, the pathway becomes clear.

These crossroads are an opportunity. As industry, innovation, and entrepreneurship converge, we begin to see a hopeful destination up ahead.