What's next? A time to move forward. 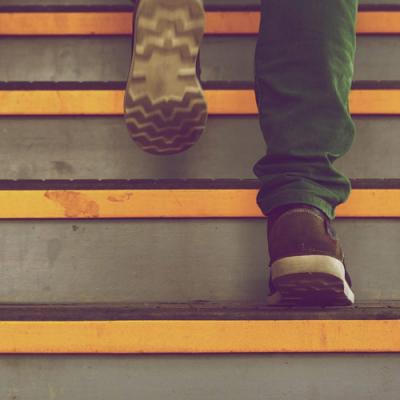 Here we are, finally. We can all breathe a sigh of relief now that campaign season is over. Inhale all the dust of partisan rhetoric and insidious name-calling. Fill your lungs with the dirt-digging, the mudslinging, and the empty promises. Let it all out. Exhale.

Now, do it again.

Now is the time to launch our new endeavors, large and small.

The war isn't over. Past all the victorious gloating and defeated lamentations, this cycle never ends. Sure, it turns and vanishes, but before you know it, the rotation comes back around to repeat itself. Things move on and evolve, showing us that now is the time to launch our new endeavors, large and small.

We see our history being built. Every passing second gives birth to a new fact for the history books. There's so much that we can learn from the past when looking to our future. In this issue, Dan Schank talks with presidential historian Doris Kearns Goodwin, who will be speaking at the Jefferson Educational Society's Global Summit on Tuesday, Nov. 15. She draws upon her reservoir of knowledge to give us a context for this madness. Find out how her writings played a part in the the story of Hillary Clinton. Compare our election cycle to other periods of American history and see which era had it worse than us.

Go with Mary Birdsong as she catalogs the launch of Donjon's new ship. A barge built along our eastern bayfront, one "just shy of the length of two football fields at 584 feet, and the width of two city buses end to end at 78 feet." Sea-Chem 1 is now on the open water, and we have the story of how it got there. Our community is building things everywhere.

Other seeds of growth are being planted in our city's school district. In an attempt to steer our local public education system away from economic disaster, community schools are transforming the way we educate. Join Jim Wertz as he explores the evolution of public education. He brings countless hours of research to his piece, having also recently penned a lengthy essay on the topic for the JES.

In the television series The West Wing, one of the most uttered phrases was the question, "What's next?" The fictitious President Jed Bartlet would use it to move on to the next item of business. It was the last line spoken by the newly sworn-in president, as well. Bartlet's final line of the series was an answer. While flying from the White House, the first lady asked him, "What are you thinking about?" After a moment, he simply said, "Tomorrow."

You have the power to make changes and start new things every day. Take a look at our event spotlights. If you have never been somewhere, go there. Start your own events. Be a part of your community. We might still have a long way to go, but there's nothing stopping you from doing everything possible to make this the best place you can.