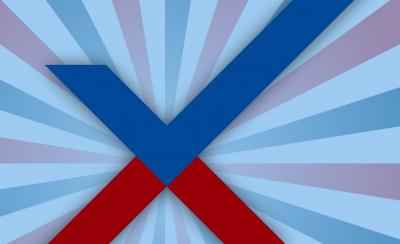 This is the moment that people have been waiting for. Two years ago, everything changed. Tensions and anxieties that had been simmering finally reached a boiling point, and it took many people by surprise. After the smoke cleared, people realized that one of the things that raised the temperature had been a kind of aggregate reaction, a refutation of a base premise that we had happily accepted, and possibly took for granted.

It's time to follow that action with an equal and opposite reaction at the ballot box. On Nov. 6 it's time for midterm elections. Remember: VN6 (thank you, Richard Boler). Vote November 6th. It's a simple ballot, with only five contested races in Erie County, two of which are statewide. Check out page 7 for a visual guide to who is running. Read Jim Wertz' latest installment of Erie At Large about a call for civility. As gubernatorial candidate Scott Wagner is seemingly following cues from Trump, will it hurt his chances in Pennsylvania or help them? Progressives may be more wary of polls these days, so the real answers will come after all the ballots have been counted. Then, we'll see if we have a new congressman, or if we don't. We'll see if we have a new, 6'8", tattooed Lieutenant Governor who will have to add another date to his already crowded forearm.

We'll see if things do come in waves, and if so, what color those waves happen to be. But we have to vote. It's easy, and it's important. At a local level, real change happens thanks to surprisingly slim margins.

We also need to educate ourselves. Starting on Oct. 29 and running all the way until Nov. 26, The Jefferson Educational Society's tenth annual Global Summit will be underway. For a decade now, Erie's think tank has been bringing our community world-class points of view from academic voices. From David Ignatius to James and Deb Fallows, there will be plenty of knowledge to soak up both before and after the election.

Ten, the roman numeral "X." Whether you're marking a ballot, or a milestone, it's a versatile number. Maybe you celebrated national edge day on Oct. 17, or maybe you live a lifestyle on the other side of the spectrum, and want your cartoon liquor bottles to be marked with three exes. If you are a fan of imbibable spirits, Matt Swanseger takes a hearty swig of seasonal craft beer, detailing the best places to go all along the Lake Erie Ale Trail. Those aren't the only kinds of spirits around during the last week of October, however, as Halloween quickly approaches. Though our previous issue was devoted to the eerier side of Erie, true Halloween enthusiasts will know that it exists whenever you want, whenever you're feeling that spooky itch.

There are scary things in this world all the time, and they aren't going away anytime soon unless we face them and do our part to make a difference. Happy Halloween, and remember to vote.