From the Editors: On Independence and Interdependence 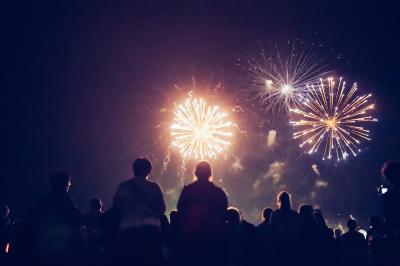 Alot can happen in 40 years. From the Declaration of Independence in 1776 to 1816, the United States of America more than doubled in territory (from around 800,000 square miles to over 1.6 million following the Louisiana Purchase in 1803), more than tripled in population (2.5 million to over 8 million), and asserted itself as a sovereign nation twice (as victors in the Revolutionary War and the War of 1812). This time period also marked the American inventions of the swivel chair, bifocals, cupcakes, the cotton gin, the fire hydrant, the circular saw, and dental floss.

Indeed, as young upstarts, we'd more than cut our teeth by our 40th birthday. Take a large enough sample size over a long enough time span and there are bound to be impressive — even world-changing — accomplishments (e.g., the introduction of the coffee percolator in 1806). But if we were to look through our magnifying glasses (a 5th century BCE invention — sorry, America) and examine history more closely, we'd see our progress unfolding person by person, community by community, step by step, day by day.

It is in that spirit that we announce each class of Erie's 40 Under 40 annually. Whether our honorees are on the cusp of a scientific breakthrough or just breaking through to someone in need of a little light, it all adds up to a more positive present and a more promising future. As usual, this year's class runs the gamut in terms of backgrounds, professions, and personalities. Their paths to and paradigms of success vary widely — in our so-called "melting pot," that's how it was always supposed to be.

But even in a country founded on the premise of freely pursuing individual goals, that success is rarely arrived at independently.  Independence and interdependence tend to complement one another. While it is possible to go far on our own, we can go so much farther drawing from the ideas, talents, and expertise of others. We can get plenty done by ourselves, but we can do so much more when lent a helping hand — perhaps even implement the kind of change that boosts the limits of what we can do as individuals.

In most cases, "making it" isn't easy. But however or whenever — whether it's before or after your 40th birthday — you (ethically) get there, we salute you. Congratulations to our 2021 class of Erie's 40 Under 40, and all those who help make the Gem City a better place.