In physics, there are two forms of mechanical energy — potential and kinetic 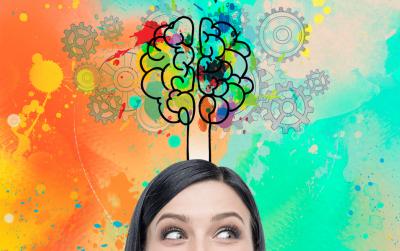 In physics, there are two forms of mechanical energy — potential and kinetic. As its label suggests, potential energy is defined as the stored energy in an object due to its position or configuration, whether that's because it's at a height (gravitational) or its shape is distorted through stretching or compression (elastic). Kinetic energy, on the other hand, is the energy produced by objects in motion. It is transferable from one object to another and is lesser or greater depending on the moving object's velocity and mass.

Potential energy is converted to kinetic energy the instant we stop holding on — when we let the hammer drop or release the drawstring to let loose an arrow. When the hammer strikes the nail or the arrow hits the target, work is said to have been done. A force has been transferred, and the impacted object displaced from its equilibrium position. When we harness the transfer of these energies with intention and purpose, we have the basis of machinery — of getting more done more efficiently and effectively.

Innovation works like that, too. If ideas are the potential energy stored within our minds, entrepreneurship is the act of setting those ideas into motion, with hopefully enough velocity (which we'll remind you is speed plus direction) and mass to cause a displacement of the status quo. The more buy-in an idea has, the more the effects of innovation are amplified — the bigger the crowd, the stronger the push, so long as the push is in the same direction. This is how innovation works to reshape industries, and how civic activism can work to reshape cities.

Our annual Industry, Innovation, and Entrepreneurship (I2E) issue centers on the catalysts of this change right here in Erie, and how we might best align and synchronize at-times disparate moving parts to power our region forward. It's hard work, whether we're talking about planning or execution. Nonetheless, each year we are encouraged to see local entrepreneurs and enterprises alike dropping fresh ideas, pushing and pulling to innovate.

You'll see individual effort exemplified in the ErieMade Business Academy at the Erie Center for Arts and Technology, the small business owners along Girard's Main Street and in Downtown Erie's PACA Building, and former "Erie's 40 Under 40" honorees Corey Cook, Amanda Duncan, and Padma Rai. Meanwhile, entities like the Corry Area Technology Center and Hub (CATCH), Presque Isle Gateway Project (in Millcreek), and the Erie Downtown Development Corporation (EDDC) are controlling the machinery of even larger transformations on a neighborhood- or city-wide scale.

After all is said and done, when all that potential energy is converted, will we settle into a new equilibrium? Or will we find a way to conserve and sustain the optimism and excitement that permeates these pages? That remains to be seen, but activating and harnessing 100 percent organic, homegrown ideas is a good place to start.