Five years ago the Erie Reader was nothing but a blog and a big idea. 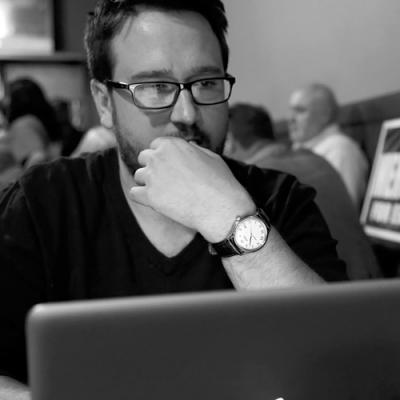 Five years ago the Erie Reader was nothing but a blog and a big idea. For months, we pumped out post after post of mostly Erie-centric commentary on our fledgling website, while planning our imminent move into the world of print journalism. This jump, we knew, would take more than we could offer in order to make it a truly successful endeavor.

Finding the right person to manage our writers and our expectations, and be well-versed in the editing process was going to be easier said than done. Or so we thought. After a fateful December meeting with Frank Garland, then the head of Gannon's journalism program and the faculty adviser to the Gannon Knight newspaper, we had a name in hand and a glowing recommendation to go along with it.

The first time we sat down with then 26-year old Ben at the now-defunct Presque Isle Gallery coffee shop in January 2011, we knew we had found our managing editor. He was young and capable, well-spoken and well-read, and he loved our idea.

The rest is history. Ben has been here for us and for the Reader since day one. For nearly five years and 122 issues, in and out of the office, on TV and radio, even on the delivery route, he's been there without question. He has been a guiding force in each and every issue we've printed with his dedication to our writers, their work, and the publication he helped build.

This is Ben's final issue as managing editor of the Erie Reader. But he isn't going far. He will be continuing with us as a columnist and contributing editor, and he has set the stage admirably for his successor, Katie Chriest.

Ben, thank you for all you've done for this organization and the city as a whole. We wouldn't be where we are today without you, buddy.