The debate over debates 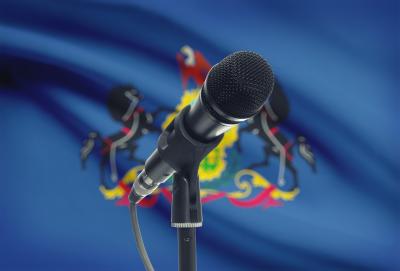 As the midterm elections approach, this would normally be a time filled with political debates hosted by non-partisan entities, such as the League of Women Voters. This organization ensured fairness and objectivity throughout the debate process from 1976-1986 before they withdrew from presidential debate planning because, they argued, "the candidates' organizations aim to add debates to their list of campaign-trail charades devoid of substance, spontaneity, and answers to tough questions."

This claim rings particularly true in the 2018 race for Pennsylvania's 16th Congressional District. As one of the most closely watched congressional races in the country, voters in the 16th district deserve honest and transparent access to the positions of the incumbent, Mike Kelly, and Democratic challenger Ron DiNicola. In this issue, Matt Swanseger talks to DiNicola about his hopes for our district, one filled with as many opportunities as there are potential stumbling blocks.

Kelly has offered three debates, all of which effectively provide him with "home field advantage." So far, he's used the congressional district as little more than a locker room from which he rallies his team of corporate interests and presidential yes-men. Kelly's debates are rigged by partisan affiliation. He's recommended Grove City College, Butler Community College and Mercyhurst University. Grove City is a fine institution with a long history of elite Republicans who have spoken at and on behalf of the conservative Christian college. That list includes former Senator Rick Santorum, 2016 Presidential hopeful Ben Carson, and Vice President Mike Pence last year. Taking nothing away from a small liberal arts school that is able to attract such names, the conservative credentials of Grove City College leave little question as to where the spotlight might shine during such an event.

The proposed debate at Butler County Community College is literally in Kelly's backyard, where he enjoys the hometown support as well as an audience that would draw from a registered Republican advantage of nearly 30,000. One could argue that the proposed Mercyhurst University debate is a counterweight to Grove City College since that debate is in DiNicola's hometown and Democrats enjoy a nearly 30,000 voter registration advantage in Erie. However, senior administrators at Mercyhurst University have donated thousands of dollars to the Kelly campaign, according to filings with the Federal Election Commission. Quite simply, it doesn't look good for the host or the candidate who is demanding the debate take place. That debate will be televised on JET 24 on Tuesday, Oct. 8.

Alternative debates have been proposed – six in all suggested by DiNicola – including a debate outlined in a recent Erie Times-News article that would be held at the Jefferson Educational Society, moderated by C-SPAN's Steve Scully, and co-sponsored by several local media organizations. The Kelly campaign has not responded to any requests for additional or alternative debates, even after the DiNicola camp suggested a compromise of one – originally sponsored by the League of Women Voters, to be held in Mercer County.

It's time for the car salesman from Butler to come back to the table and weigh his counteroffers, because the unwillingness to negotiate a fair debate schedule leads us to believe that Mr. Kelly has something to hide. Or maybe he just has nothing to say.