Nowadays you can click a button and buy a book, meet your spouse, or ruin someone's life. 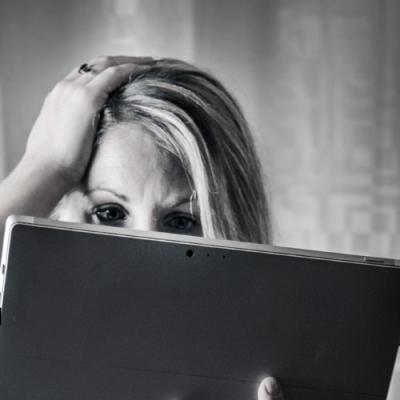 Remember when bullying ended once the school dismissal bell rang? When a breakup was bitter but personal? When photos you'd rather not share with the world could be destroyed with a lighter or scissors?

It's hard to comprehend the loss of privacy we've embraced along with the internet. For the most part, privacy breaches are simply inconvenient. Even in cases where real damage is done — stolen identities, hacked bank accounts, and the like — there is a clear path toward recourse. Pursuing justice may be a nuisance, but at least — with the law on our side — we survive relatively unscathed.

"Sometimes these photos come from hacked webcams," Oliver continued, "but regardless of that, it doesn't matter how it happens."

"It comes down to fundamentally changing the way we think about the internet," Oliver explained, "because too often, you hear people playing down the dangers of the internet by saying, 'Relax. It's not real life,' But it is. And it always has been … Nowadays you can click a button and buy a book, meet your spouse, or ruin someone's life."