Billy Gardell's performances will be a riotous good time.

by Nick Warren
View ProfileTwitterInstagramRSS Feed
January 3, 2018 at 9:30 AM 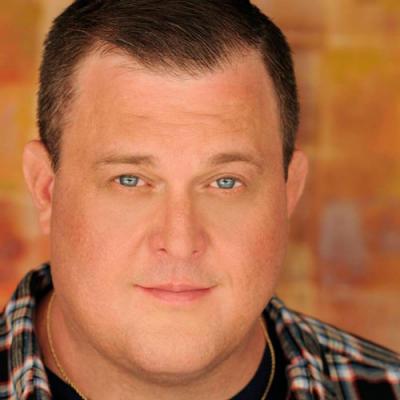 Although he's best known as the titular "Mike" alongside mega-star Melissa McCarthy from the CBS sitcom Mike & Molly, comedian Billy Gardell is an incredibly hardworking comedian with deep roots in western Pennsylvania. Born in Swissvale, just outside of Pittsburgh, Gardell lived around the city until his family moved to Florida while he was in high school. His Steel City origins are immediately apparent when you try to place Gardell's subtly biting yinzer accent. In Florida he quickly broke into comedy, starting when he was 17. Gardell returned to the Keystone State every summer, landing his first Pittsburgh gig in Monroeville at an Al Monzo-run comedy club in the basement of the Parkvale Bank Building.

He's been on the road ever since. Working clubs large and small, the fast-talking, well-seasoned professional has honed his talents to a razor's edge. He respects the lifestyle of a working comedian and openly acknowledges how fortunate he's been in his career. In 2014 he presented a comedy special named for what he and his fellow traveling performers refer to themselves as: Road Dogs.

If you're having any trouble placing Gardell from television, try picturing him police uniform. Between multiple appearances on My Name is Earl, and 127 episodes of the aforementioned Mike & Molly, portraying a lawman on both (not to mention a memorable scene as a security guard in Bad Santa), Gardell is certainly no stranger to uniform.

His quick wit and snarky observations will quickly get you howling whether you recognize him or not. Decades worth of experience will insure that each of these performances will be a riotous good time. — Nick Warren