Deadpool doesn't have the pop culture presence of other more ubiquitous superheroes, and that's exactly why it was exciting to hear a movie was in the works. 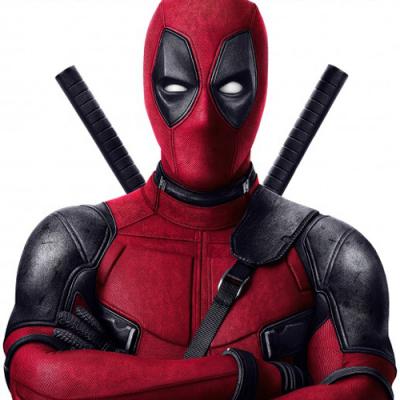 Deadpool doesn't have the pop culture presence of other more ubiquitous superheroes, and that's exactly why it was exciting to hear a movie was in the works. Deadpool has been a longtime fan favorite in comic book circles, lovingly referred to as "the merc with a mouth." Deadpool is aware that he is, indeed, a superhero and also in a comic book. So how well did this translate to screen? Turns out, pretty damn well.

While Deadpool has passed through the halls of Xavier's school for gifted youngsters, and has also at times been part of X-Force, he's largely a lone agent. Part is due to his propensity towards bloody violence and lack of remorse for viscerally murdering bad guys, while cracking dick and butt jokes. But although he is a lone agent, he does have people to talk to – mostly his other personalities that have been a hallmark for his character in the comics. But he also will often speak directly to the audience.

Deadpool is another example of Marvel finding ways to weave the traditionally boring "becoming the superhero" montage into the immediate action and unfolding plot. Perhaps in part this is due to how Deadpool himself is the one telling us the story.

I typically hate origin movies. While Marvel has been getting better at making origin stories move at a decent pace, nothing can get the bad taste out of my mouth after Sony's several Wolverine origin movies. But Deadpool is just another example of Marvel finding ways to weave the traditionally boring "becoming the superhero" montage into the immediate action and unfolding plot. Perhaps in part this is due to how Deadpool himself is the one telling us the story. Rather than the story simply unfolding, we are right there with Deadpool as he tea-bags a thug in a flipping SUV.

This film moves. In fact, the only down-time is often there to let the joke land or set up the next punch line. Sure, it's full of your standard superhero fare: we find out about Wade Wilson's (Deadpool's real identity) life before he donned the suit, where he got the name, the girl he loved and had to leave. But what makes it stand above and beyond your now "traditional" Marvel movie is that this film is rated R. A hard R, at that.

A big problem with superhero movies is that they tend to downplay the real violence that superpowers can deliver. The best example is from X-Men, where Wolverine needs to protect the school full of children. Wolverine is not a "play-nice" character. In the comics, Wolverine would have simply shredded those dudes into human confetti. In the movie, Hugh Jackman just stabs a dude in the foot? What the hell?

Deadpool makes great use of the rating and dishes out gore, vulgarity, and humor in the way a good comic book can. If anything, Deadpool is the first comic book movie that feels like it translated its source material as well as it could, and seemingly unhindered.

So it came as no surprise that not only is Deadpool doing well at the box office; it's on track to beat out The Passion of the Christ as the most recent top grossing R-rated film. It had the largest February opening of all time. So it is no surprise that a sequel is on its way. And even more interesting is that this success opens the possibility for more comic movies to go for an R-rating.