Geeked Out: DOTA 2 and the International 4

Welcome to the World Cup of gaming. 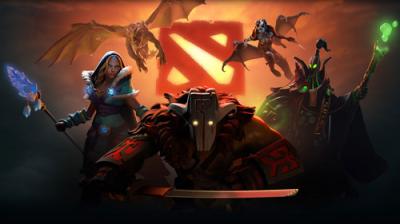 Gamers from around the world will gather in Seattle to play DOTA 2 to compete in Valve's International 4 Gaming Tournament.

The International 4 is upon us. Game developer Valve is hosting its fourth major gaming tournament and it all starts with the playoffs July 8, as nineteen teams from around the world are meeting in Seattle to battle for the largest prize pool in gaming history.

Let's put that in perspective because $10 million is a number we often hear thrown around when it comes to sporting events and competitions.

The Masters – you know, that thing with mostly white dudes hitting small white balls around on grass – has a prize purse of $9 million. The World Cup that's happening right now awards the first-place team $35 million.

If you come out on top at The Masters, that's $1.62 million take home for the first-place winner. For the World Cup, that cool $35 million is split between a squad of 23 people, not including coaches and staff.

With DOTA 2 that $10 million prize pool breaks down across all 14 participating teams, first-place getting $4.8 million, second-place netting $1.5 million, and going on down the line from there ending with 13/14th place each getting 20 grand each.

The squad size with DOTA 2 is five players. So first-place at this years International means that the each winning player walks away with $950,000. But here is the real kicker: the prize pool is still growing.

Back in May when the International 4 was announced, the prize pool was only $1.6 million. Inside the DOTA 2 game, players can purchase a "Compendium" for $10. Of that purchase, $2.50 went to raising the prize pool.

The Compendium offered a bunch of goodies for fans of the game; you got to participate in a fantasy draft, earn bonus rewards in all the games you play, and collect cards of your favorite teams participating in the main event. You could also make predictions and earn points, which would in turn level up your Compendium and unlock more rewards for the player. You could also spend more money that would help level up your Compendium to unlock those sweet rewards while again contributing to the ever-growing prize pool.

It took less than two months to get the prize pool over $10 million, thus making this event the largest in the history of all video game tournaments.

By now you have to be asking yourself, "What in the blazes is this game even about?"

The short of it is DOTA 2 is a big deal, and is the second installment of a game that was made inside another game years ago.

Perhaps some of you have heard of the game World of Warcraft, a massive game that probably consumes one of your loved one's lives much to your chagrin. Well, before it was World of Warcraft, it was just Warcraft. It played like a strategy game, like Risk, but there was no waiting for turns, and it all happened real time. It had its own competitive scene that flourished for a time, but growing inside of it was a new game.

DOTA, or Defense of the Ancients, was a mod, or modification, meaning that a group of tech savvy people got together and altered the game slightly to play differently. Normally in games like Warcraft, you have to manage massive armies. In DOTA, you manage one unit, but are on a team of five people working together facing off against another team of five.

DOTA 2 is still five versus five, but this game has a huge following around the world. DOTA and DOTA 2 has been a competitive game for close to a decade and have its largest scenes outside the U.S. in Europe, Russia, and China.

So, when Valve first created the International, the name was true to the competition's mission and that continues to hold true today. The best of the best players from around the world have been invited to compete in the largest prize pool event the game has ever seen and we are now on the eve of the fourth in a series of incredible competitive gaming that is looking to get you — YES YOU — to pay attention.

DOTA 2 is a free game to play, and while the learning curve is less of a curve and more of a cliff, it is the most rewarding competitive video game I have ever played. Now, I know I am a nerd, and if you cut me, I bleed pixels, but no game has its hooks in me like DOTA 2 does. I have sunk over 1,500 hours into this game and I am still learning new things every day.

The International is my World  Cup, and it's my Masters.

Perhaps you found yourself caught up in the World Cup even though you didn't care about soccer. Give DOTA 2 a chance and root for one of the American teams participating. You can watch it all for free, and hear the stories told of the players and the teams who are working together to become the highest paid video game competitor ever in one single tournament.

This year, International offers so many new additions to help new players and spectators understand and appreciate this game so many love. Head over to dota2.com/international/overview/ and poke around; after that, maybe I will see you in the game soon enough or at least posted up watching the matches chanting "USA! USA! USA!"