Finally, there's an event in the Erie area where developers and game enthusiasts can check out what the local scene has been brewing. 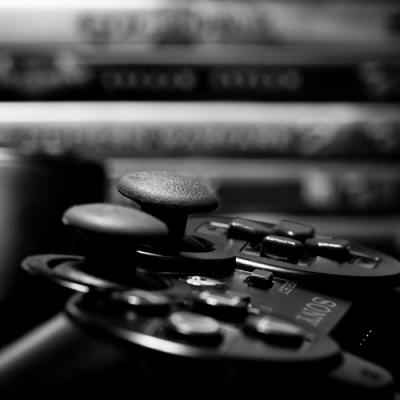 Gamers, unite – locally! Why this rally cry? Because Edinboro University's student-run Game Developers Club is hosting its first ever Edinboro Game Expo, and this is our chance to help support local game development. Finally, there's an event in the Erie area where developers and game enthusiasts can check out what the local scene has been brewing.

Most gamer geeks out there might know of gaming expos like E3, PAX, IndieCade, or GDC, and as one of the gamer geeks, I normally have to travel all around the country to attend these, as I'm always in search of the next big indie game. But thanks to David Dampier, president of the Edinboro Game Design Club, that excitement and celebration is being brought to our area.

These types of events are important for many reasons. First, for the aspiring developers it is always important to show off your game to the public and get that precious feedback from players, and second, it helps raise awareness in our area about game development and advocacy for indie games. Many of you play games, I'm sure of it, but how many of you know that some of those games you play on your phone or console were made by small teams in cities just like our own? Take for example one of my favorite games of last year, Legend of Dungeon, was made by a lovely couple living in Oneonta, N.Y. Oneonta has a population of roughly one-tenth that of Erie.

So let's talk about some of the games that are already confirmed to be showing there. Justice and the Void is an Edinboro University senior class project and is a game is about a supernatural empowered investigative reporter who's out for justice. Penn State Erie, The Behrend College also has a title showing off at the expo. Shane Shafferman is showing his game, Colorful Life, a four-player cooperative puzzle game where players need to work together to escape a maze.

EGX's organizer David Dampier is showing his game, Battle At Picnic Park, a first-person shooter — think Call of Duty — where players defend a picnic armed with a hot dog gun. David describes it as a sample game to demonstrate development using a tool called Unity.

A quick aside: Unity is a robust developing environment that – in just the last few years – has become the defacto tool used by all aspiring developers, from rookies to veterans alike. Unity was designed to be so accessible that literally anyone can make a game with it in a short amount of time. Don't be mistaken to think that it's just for students and newbies; Unity was used by the massive game developer Blizzard, as they made that World of Warcraft game, and their newest and highly addictive game, Hearthstone. Unity has helped level the playing field and enables anyone who is willing to get into the game development industry.

Erie and Edinboro could do a lot to foster the game development industry here, with all the schools, low living costs, and accessibility to the nearby larger cities. So help support the individuals who are living in our community and are trying to create something new and exciting.

EGX is not only hosting games for us to play but has also assembled an amazing group of bands to play through the event. For its inaugural event, David has lined up Spethz, GNOSiS, With Signs Following, and Special Guest. They will also be hosting a cosplay contest, where attendees are welcome to dress in costume after their favorite video game/comic book/anime character. There will also be game tournaments with a $5 entrance fee. Games to be played for this event are Super Smash Bros. Brawl and Super Street Fighter 4 Arcade Edition.

This April 12 be sure to head down to Edinboro Off Campus Recreation Center at 5 p.m. and plop down your $3 admission and support community members who are trying to create new and engaging experiences for us to play.