Fallout 4 continues the exploration of life after nuclear destruction. 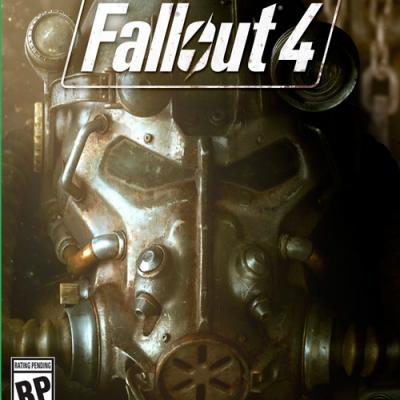 War never changes. That is the Fallout catch phrase which has permeated through countless releases of the iconic franchise. Fallout is a video game about life after nuclear mutually assured destruction. Released on Nov. 10, Fallout 4 is the latest in the series, and this time the nuclear-riddled landscape we traverse is Boston.

Fallout is one of those tent pole games. You can sink hundreds of hours in and still not see all it has to offer. While nuclear wastelands aren't novel these days, Fallout was one of the original franchises to explore them. With each iteration, they expand on what life would be like if after the war, survivors left their bunkers and tried to rebuild their lives.

The setup for Fallout 4 is much like the rest. The game starts in your happy American suburb with your husband or wife, depending on what gender you play. As you explore your home, you visit your newborn son, Shaun. Then there's a knock on the door, and it's a salesman congratulating you on your selection for a spot in the closest Vault-tec Nuclear Bunker. Fast forward a few minutes: Nuclear war begins and you race with your family to the bunker. After you enter, scientists give you new fatigues to wear and ask you to stand in a pod. Turns out this bunker is equipped with cryostasis pods, and they are freezing everyone for 500 years.

When you wake up, you see some raiders who look like Mad Max villains. They wake up your significant other, who also is holding your baby. They steal your son, murder your spouse, and run off. By the time you get out of your chamber, you goal is simple: Go find your son.

I find this series interesting in that it introduces many role-playing game concepts to a broad player base. In many ways Fallout has its roots in traditional RPG games like Dungeons and Dragons; but instead of dragons, it's super mutants, and instead of zombies, it's ghouls, which are just humans who have been irradiated to varying degrees of recognizable humanity.

The other key component that makes me enjoy this series so much is that it allows for many different ways to play, or at least attempts to facilitate more. Many video games have guns as the main methodology to interact with the world. And if all you have is a hammer, then all your problems look like nails. However in Fallout, since it has its history in traditional RPG with various stats like Strength, Agility, Perception, and Charisma; players find a few other ways to interact with the world brimming with non-playable characters. For instance, when I play, I prefer to max out my Charisma and Intelligence. You might be surprised the number of sticky situations you are now able to talk yourself out of, or the extra money that can be made while negotiating payment for quests.

And that's what these games are: vast open worlds for players to explore, and to find interesting ways to complete various tasks. And since it's single player, you are very much left to your own devices and can do anything you want. Do you want to be a high tech, robot hacking, charismatic cheat? Or would you rather build a character around knocking off people's heads like in t-ball? Are you a gun nut? All of these are available. And more importantly, the various small stories the player uncovers in exploring the world make the game into the compelling experience expected from Fallout.