Geeked Out: First-person perspective changes everything 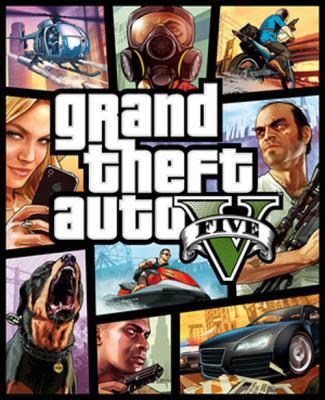 As another holiday cycle approaches, 'tis the season of mega video game releases. And so far, 2014 has been rife with re-releases, with Last of Us, Tomb Raider, and Halo, all of it culminating in the unexpected re-release of Grand Theft Auto 5 for PlayStation 4 and Xbox One. Rockstar Games, the studio behind the venerable series, packed in more than just a high-definition upgrade to convince gamers to pick up this game potentially for a second time.

GTA5 made waves last year for how immense the world within the game is and for offering a narrative with three playable protagonists. In its first iteration, players could swap between one of three caricatures: Trevor (a trailer-park-dwelling hyper-violent sociopath), Michael (ex-bank robber and Tony Soprano analogue), or Franklin (gangbanger looking to elevate himself above street game). All three are back in this upgrade.

What's notable is that game-in and game-out, Rockstar excels at pulling from our collective pop-culture and mashing various elements together into a big ol' circus that is one part mindless fun and another part critique on modern life.

Without question, Grand Theft Auto has become one of the tent poles in the gaming world, a series often looked upon as touchstone games for many. I remember the first GTA, which was a top-down pixelated mess and a limitless source of fun for my friends huddled around a computer. Since its jump to consoles with GTA3, it has become a smorgasbord of cultural influences and commentary sponging and excreting influences of TV, film, and music – all set on the backdrop of the criminal underworld of getaway drivers, bank robbers, and players.

In many ways, the latest GTA is the culmination of what has made video games so popular, and with the re-release on the latest and greatest hardware, Rockstar seems to want to go even further. Not only did they increase the visual fidelity, making use of the new hardware for even more delicious graphics, they added in a new perspective: For the first time you can play the game in first-person. Before, the game always took a third-person perspective with the camera, and the player, hovering a short distance behind the protagonists.

Surprisingly, moving the camera just a few feet changes everything.

GTA has never been shy to diving into adult themes of sex, prostitution, drug use, and violence, and in the first GTA5, Rockstar dove head first into a lengthy and graphic torture scene that has had many of us in the game world discussing it ever since. But having the camera in the third-person in some ways helped distance us as players from the actors we saw on screen as we would when we watch a scary movie and the antagonist is brutalizing our hero. However, if the viewpoint is from the killer, we get a bit more uncomfortable.

The same is true in GTA5. With the new first-person view, when picking up a prostitute in your car, you now have the chance to watch the scene unfold completely. In past version, these moments were hidden inside the car and audio would be your only context to what was occurring. Now, players get the wonderfully uncomfortable dead-eye expression of a streetwalker asking what kind of 'service' they are looking for – all accompanied with animation of various sexual acts… woohoo advancement in video games – right?! 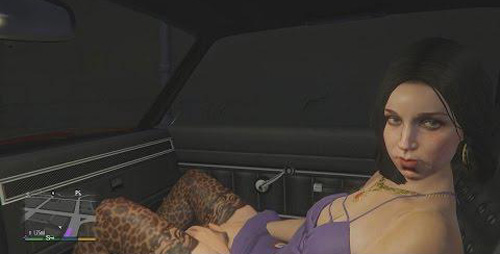 Okay, so I'm no prude, and to be honest, I don't think this is something that should be removed from the game based on the perspective shift, but more than anything, though, what this has called to our attention is the depressing, uncomfortable feeling we have – and why, based on the pop-culture laden game.

Ultimately, it shows what Rockstar thinks of us and what we like to see in our games. Between this, the strip clubs with topless women, the torture scene, and the rampant ultra-violence with little-to-no consequence, it all makes for yet another male power fantasy.

Rockstar is at its best when its taking our pop-culture and spitting it back at us, all the while making us (maybe) laugh at how absurd it all is. Moments like the above just remind me of my teenage years with my buddies' chuckling around the "hot-coffee" incident back during GTA: San Andreas, where a mini-game was left in that contained sexual themes which were then used as a bullwhip by Jack Thompson, who then went on to use it to demonize games.

Perhaps, like in the words of Roger Murtaugh, "I'm getting too old for this shit." Perhaps we all are.

But do enough people think that this matters? And, is this increase in graphic sex any more offensive than the graphic violence already found in games? This is the mirror that's now being held up to us and we need to decide what it is that we see.

One thing is for sure, though, with the holiday season looming: Please don't buy this game for your kids. It has an M for Mature rating for a reason.