The nerd's final -- and favorite! -- frontier 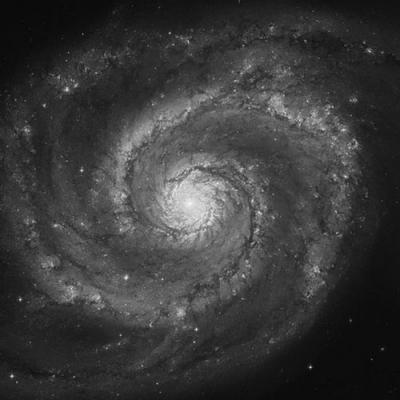 The Oscars just wrapped up, and my favorite movie, Gravity, returned from orbit with seven awards. Alfonso Cuaron's visually striking film about an astronaut-scientist's incredible escape from uncertainty in the Earth's course reminded me how much I love space. And that made me want to talk about space and all the cool space-related things happening right now.

Simply put: Gravity is breathtaking in its cinematography and depiction of what it is like to be in zero gravity. It requires the imagination to think about what life would be like out amongst the stars and highlights the advancements in sci-fi filmmaking over the years. I began my first fascinations with the cultural touchstone of Star Wars, and ever since, as science has helped us understand more and more about our world and our place in it, I can barely keep my heart rate down when talking to friends about space.

I mean, after all, we actually went to the moon! In one decade we decided that not only would we get to outer space, but we would have an American walk on the dusty surface of our nearest neighbor.

But if that doesn't make your heart race like mine, what about that space jump? The one made by the now legendary sky-diver Felix Baumgartner when he fell from over 24 miles above the surface of the Earth, broke the sound barrier, and landed on his own two feet. INSANITY!

Still need more to be impressed? How about this: NASA is currently in the early stages of their new Asteroid Initiative. The goal is to launch a spacecraft into Earth's orbit to catch a passing asteroid and sling shot it into a lunar orbit. Yes, they want to catch an asteroid – roughly 23 feet in diameter – so we can study it – in space!

NASA also recently unveiled its newest rocket, the SLS, or Space Launch System. This rocket is larger than the original Gemini rockets that got us to the moon (read: massive) and will allow NASA to carry its Asteroid Mission spacecraft up into its ready position.

Probably the coolest thing about this mission in particular is that NASA recently partnered with Squad, a game studio based out of Mexico City, to make a playable version of the Asteroid Initiative available for anyone to try. Squad's Kerbal Space Program, or KSP for short, is a sandbox game (a nonlinear-style game that allows players to complete challenges in a number of different sequences) that is all about a space program.

In KSP, players are given parts to build rockets and then are left to their own devices. Many will try to land on the moon or perhaps create a space station to orbit the Earth, but most will watch their rocket explode in spectacular ways as they slowly begin to understand the basics of space flight. KSP teaches players all about apogee and perigee: terms relating to variance in orbit.

I have played Kerbal Space Program, and it is fantastic. If you ever wanted to start your own space program and try to reach the furthest edges of our galaxy, it's now not only possible but modeled in a way that is mostly accurate to the natural world. The best part of KSP is that the developers are constantly working on it, adding new things for players to toy around with. They even allow players to modify the game and create their own parts. As for examples: one fan of the game made all the Star Trek Enterprises and another re-created the Millennium Falcon. Man, I love nerds.

But I've saved the best for last. FOX just rebooted Carl Sagan's awe-inspiring COSMOS – this time hosted by astrophysicists Neil deGrasse Tyson. Neil is a prominent figure in the astrophysicist crowd, and you probably have seen him talk at U.S. Senate hearings defending the space program or on various shows talking about the wonders of space.

Now FOX has COSMOS running on a primetime slot on Sundays. In the first episode Neil reviewed the age of the universe and where we all fall on the calendar of space-time.

The show's pilot episode was – just as space itself is – truly magical, and COSMOS – like Gravity, 24-mile skydiving, and NASA-initiated video games – is helping capture the imagination of what makes the human race so great: We dare to reach beyond the terrestrial bonds within which we were born.