Geeked Out: The Evolution of the Eerie Horror Film Festival and Expo

October and the annual Horror Fest -- now on its 11th year -- go hand-in-hand in Eerie. 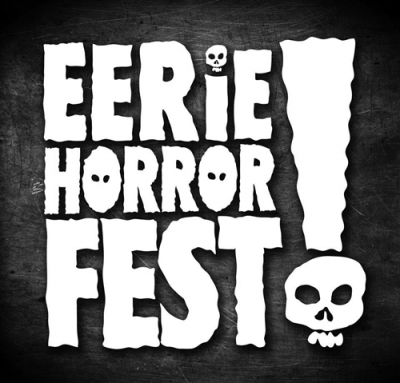 It's October, the leaves are turning colors, and the hot summer days are gone, replaced by the cool crisp autumn evenings. Autumn is my favorite time of year, not just for abundances of pumpkin-flavored delicacies but also because it's scary movie season. To celebrate the spirited season, The Eerie Horror Film Fest and Expo is hosting its 11th annual event held in our beautiful historic Warner Theatre.

I asked Cory Carr – owner of Slaughter Film, a horror-themed podcast and movie site dedicated to "Reviewing the films that are legendary, even in hell!" – to lend me his expertise in horror films to help me understand what makes The Eerie Horror Film Fest, which debuted in 2004, stand out. This year, due to his work, he has been selected to participate as a film judge alongside his co-host Forest Taylor.

Cory said it's  "…much like the unstoppable creature in The Blob – it began small and virtually unnoticeable and has become a behemoth." Originally the festival was hosted at the then Roadhouse Theatre, now Basement Transmissions, but the larger Warner allows for many more attendees which has helped pull in an amazing roster of celebrity guests—such as Vernon Wells, Richard Hatch, and Eric Roberts—cast reunions, and vendors that would make any horror film fan excited.

"While the EHFF focuses heavily on the films which are submitted by independent filmmakers from all over the world, it has become an annual celebration of all things a little weird," Cory added. A notable film that I enjoyed from last year was titled Cold Turkey, which is about a cannibal who tried to quit eating people by going… cold turkey, which was wonderfully weird because it puts a morbid spin on what is normally a common social problem for smokers trying to quit. But instead of cigarettes, it's people.

"I always hate to hear from people who aren't attending because they think all the films are just blood-soaked scream fests," Cory lamented.

Sure, some of those are there, but just like Cold Turkey from last year, the most memorable films are the ones that play with our expectations of the genre. Since most of the films are independent, these directors are more willing to deviate from many of the tropes that overwhelm the box office when it comes to horror-based films. The EHFF works hard to highlight some awesome films that would otherwise go unnoticed, thanks to the hard work of judges like Cory. Think about it: How often do you get to see independent horror films from various ex-soviet bloc countries? The EHFF brings films that would otherwise never come to our small city, and we get to enjoy films that feature cultures from all around the world, all celebrating horror.

And it does more for the community than that. The EHFF even played a role in Cory's decision to launch Slaughter Films.

"Surely others of like-mind and sense of humor would enjoy our conversations," he said, which resulted in him posting film reviews on YouTube in 2009 and later led to a podcast. Last year, they helped sponsor the Horror Film Fest, and this year they are working for the event as judges. They became involved when vice president of the fest, John Walkiewicz, reached out during the call for judges.

For his duties, Cory had to watch over 250 films for the event and likened the experience to actually being in a scary movie. "First, it starts slowly, then before you realize it you have a movie queue of 20… 50… 100 and you HAVE to watch them and judge them on their individual merits," he said, adding that when it was all done he "felt like a survivor."

"The most difficult part of being an EHFF judge is watching a film that was really great not make the cut," he added. "After all, the EHFF is only three days and there isn't enough room in the schedule for everything."

But this year, the Fest isn't just about terrifying films – it's also about terrifying music. "Here Come The Mummies will be playing at the Warner, haunting the festival with their unique and 'terrifying funk from beyond the grave,'" he said.

But the real question is: What can we do, to better support awesome events like this in Erie?

On one hand, you can help sponsor the event directly, which will help draw in bigger celebrities and special acts. Local businesses benefit from this event growing as it draws in attendees from around the country. And those people gotta eat and sleep somewhere.

You can also volunteer to help staff the event, spread the word, or, most importantly, you can enjoy a weekend full of wonderfully weird films that range from gore fests to cerebral thrillers. When we have local events like this, it's in our interest to support them – which at the very least, you can do by heading to the Warner Theatre starting Oct. 17.

The Eerie Horror Fest is happening October 17 to 19. Tickets are $20 for Saturday, $15 for Sunday, or $25 for the whole weekend, which can be ordered on the web at eeriehorrorfilmfestival.com/admission/. Tickets will be available at the door for $30 for Saturday and Sunday. There are also special VIP tickets that get you more access to the special guest and other sweet bonuses.