One of the most memorable albums to start the year 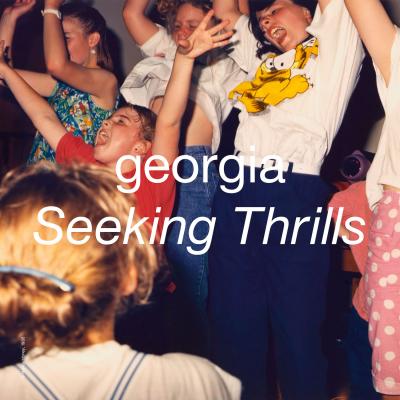 Georgia Rose Harriet Barnes — known simply as Georgia — returns at long last with the follow up to her 2015 eponymous debut. Though we're barely two weeks in, this for the time being is the best album of the year. That will of course change in a matter of days, but for now, let's give the 29-year-old English musician — and drummer for London's Kate Tempest and Kwes — her time in the sun. After a slightly publicized cessation of alcohol, drugs, meat, caffeine, and gluten, Barnes is truly ready to dance herself clean. Perhaps the title nods to a new type of euphoria-chasing following a self-imposed sobriety. The album begins, appropriately with "Started Out," a track that wonderfully smacks of Air's luscious Moon Safari paired with the flicked-tongue delivery of M.I.A. The record doubles down on it's synthy retro pop sensibilities with "About Work The Dancefloor," for a bit more of a Chvrches turn mixed with Ellie Goulding. Seeking Thrills is jubilant even in its more subdued tracks like "Till I Own It" and "Honey Dripping Sky." Standout tracks like "24 Hours and "Never Let You Go" give the first side of the record the more memorable moments.