Get into BT Before Everyone Leaves 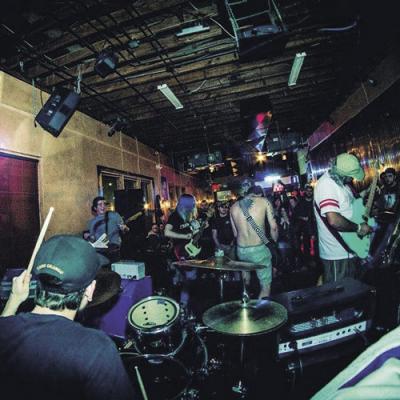 Heel Heat Productions, which continues to bring the best of the best in underground music to Erie, is hosting another emo and pop punk show at Basement Transmissions on Saturday, December 30.

Everyone Leaves, from Columbus, Ohio, will be headlining the show. The band is making big strides in the scene with their compelling seven-track album The Lonely End, which is brimming with emo-rock anthems like "Head In A Vice" and "Better Love." Songs such as "Seeing Red" and "Black Umbrellas" from the 2015 EP The Great and Terrible make them one of the best bands in the region, not to mention the growing emo/indie rock scene as a whole. You won't want to leave before they're done with their set.

Opening bands include Franklin's The Plot Twist, New Castle's FlipSwitch, and The Standby, from right here in Erie. The Plot Twist's two-album discography is a perfect fit for fans of high-energy, catchy pop-punk tunes similar to The Wonder Years and State Champs. FlipSwitch plays a style reminiscent of early 2000s pop-punk on their EP Grilled Demon Cheese, with the ballad-esque song "Limbic" standing out from the rest. The Standby turns up the reverb and channels Brand New with their stellar Passiflora EP.

So come out to Basement Transmissions, see some amazing bands, and get into one last great show before the new year. — Tommy Shannon