Getting in Touch with Erie Cinema 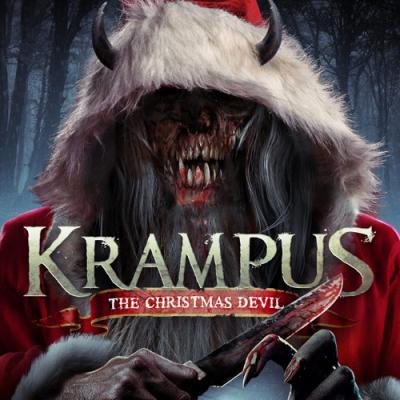 From the dawn of VHS to the rise of "Netflix and Chill," "movie night" has become the most over-handed play in human courtship. Whoever's making the pitch isn't trying to throw one past you; they're serving up a hanging curveball right over the plate. If you just met this person, you can probably assume his or her WHIP (Walked-out-ons and Hit-and-runs per Invitations Pitched) is astronomical. If you're better acquainted, it can be the base-path towards a more serious (and/or complicated) relationship. Before you slide into it, ask yourself how you want this film to be – summer blockbuster, all flash and no substance? Or winner of a Golden Globe, celebrated for your individual merits?

Whether or not you #KeepItLocal on the couch or futon is, as always, your choice and yours alone. If Casanova is all over you like Erie on top of Crawford County, tell him you're going to make like Venango and give it some space. You shouldn't feel pressured to be anything but Warren County until you're ready.

Whether or not you #KeepItLocal on the couch or futon is, as always, your choice and yours alone. A handful of motion pictures, both independent and major, have been filmed in the 814 – but are they worth grabbing onto?

So it is too with the action onscreen. A handful of motion pictures, both independent and major, have been filmed in the 814 – but are they worth grabbing onto?

SYNOPSIS: A local police officer connects a string of pre-holiday kidnappings to an incident of his own childhood. The title character is based on the demonic figure from Austro-Bavarian folklore, Santa Claus' half-goat brother (obviously from another mother – I suppose it's best to leave it at that) who punishes the ill-behaved.

AVAILABLE ON: YouTube (may require linking small screen to big screen; always carry an S-video cable in your wallet if you plan on hooking up)

COMMENTS: Krampus your style? You must be a cheap date. This flick is two tangled strands of Christmas lights with a few bulbs missing – the affected seriousness of cop drama doesn't quite mesh with the affected silliness of creature feature, and bright spots are few and far between. Those tend to be the bro-ments between Krampus and Kringle, especially as they prioritize the (quintessential) Naughty List. The "priority" brats are dragged into a detainment cave where they are interrogated by Santa, then either sentenced or released (yes, the North Pole has its own corrupt judicial system). I would have liked to see Krampus as more than a mere errand-runner (maybe in the sequel due out in September), but it's worth seeing him progress through his workflows. What he lacks in refinement he makes up for in charisma: "You … have … been … naughty!" Two hooves up for keeping Hammurabi's Law alive for the holidays. 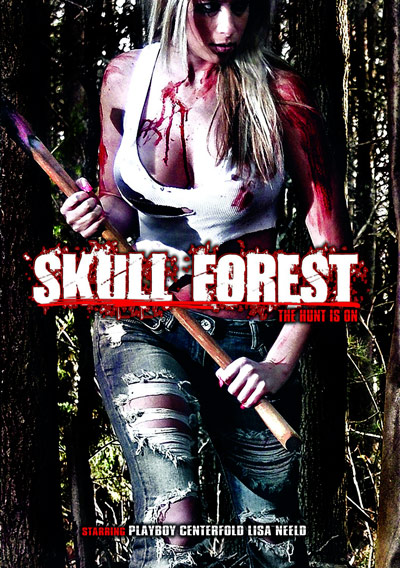 SYNOPSIS: A camping trip goes awry as four female friends find themselves hunted by "The Society," social elites who kill for sport.

COMMENTS: "Starring Playboy Centerfold Lisa Neeld" is a dead giveaway of where this one's focus lies. If only the film's other aspects (plot, dialogue, characters) were as developed as the female anatomy showcased throughout. Essentially, this film boils down to stock characters stalking stocked up-top characters, interspersed with the gruesome gore effects of "Monster" Mark Kosobucki. The hunters are hastily introduced at a banquet ceremony, and most of the lady friends are killed off before we learn much about them. Of the four protagonists, Caroline (Sara Brooks) is the survivor and most fully realized of the bunch – as a young mother, she has much to live for and kicks some ass along the way. Call me shallow, but Daniel Spinelli, aka "The Rockstar" (James Scott Charles Howells), seems the likeliest candidate for marquee villain (of course, there's more to villainy than heterochromia and an Australian accent, but it's a decent start). 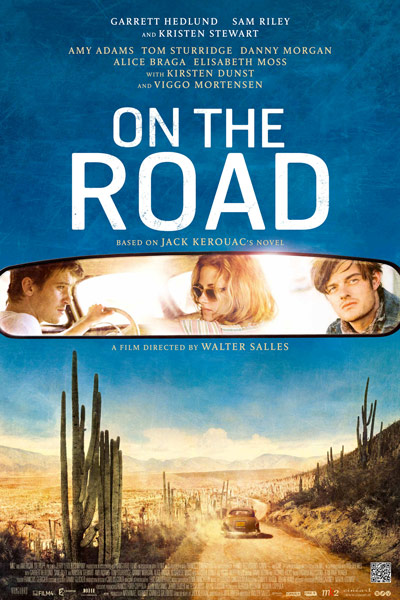 SYNOPSIS: This adaptation of the largely autobiographical Kerouac novel chronicles the journeys of writer Sal Paradise and friend Dean Moriarty across America. Sex, drugs, and rockabilly figure heavily into this inside look at the Beat Generation of post-WWII.

FILMING LOCALES: Spans the USA (New York, San Francisco, and everything in between) and beyond. Astute observers might recognize Erie's rural outskirts as the gang passes through – only because they're coated in snow.

Believe it or not, the moral decline of America's youth began long before the emergence of "Netflix and Chill." Moriarty's debauchery will make your divan dalliances seem almost chaste by comparison.

COMMENTS: Believe it or not, the moral decline of America's youth began long before the emergence of "Netflix and Chill."  Moriarty's debauchery will make your divan dalliances seem almost chaste by comparison. Marijuana, peyote, orgies, and buggery! (Gasp!) Repeat traffic violations! (exasperated arm fling) However, one person's degenerate is another's visionary, and so it was with the so-called beatniks (who presaged the counterculture movements of the '60s that followed). The Beat Generation celebrated freedom to its most unfettered extremes, which is both as exhilarating and frightening as it sounds. The cast here does a respectable job of conveying that – even if their behavior is, at least to this upstanding Millennial, reprehensible. 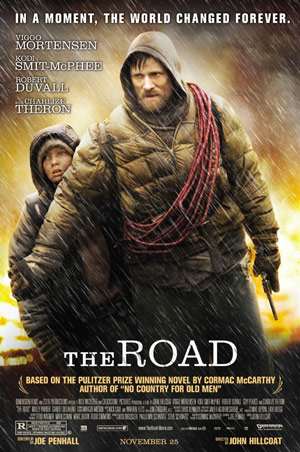 SYNOPSIS: The housing bubble – along with society in general – collapses in the wake of a global cataclysm, leaving a man and his boy desperately seeking food (that isn't human flesh) and refuge (i.e, a "real fixer-upper" not already inhabited by cannibals).

COMMENTS: Boy, it's not easy being the Man. Taking charge during your premeditated kissy-face time can be intimidating, no question, but taking charge during the downfall of civilization? Downright nerve-wracking. But hey, a Man (Mortensen) has got to do what a Man's got to do. And that's keep Boy (Smit-McPhee) safe at any cost. At its core, this is a father-son bonding film, albeit a fairly depressing and bittersweet one. In our reality, fathers and sons bond over learning to ride a bicycle or swing a golf club. In theirs, tender moments include explaining the concept of perishable foods (c'mere, junior – it's time to have the old Birds Eye and Bumblebee tuna talk) or how to properly load a revolver to deliver your own coup d' grace. You'd be taking The Road less travelled queuing this up for date night, but you'd be on track for the ideal Father's Day gift. 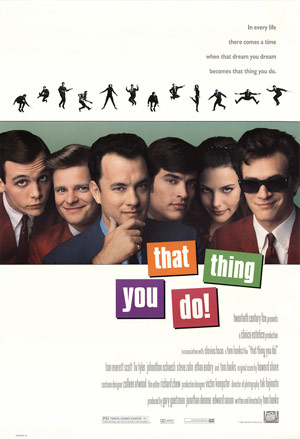 FILMING LOCALES: Exterior shots were taken of Mercyhurst College, but the commercial district is actually a section of Orange, California retrofitted to look like the Erie of the 1960s.

COMMENTS:  Good vibes eroded from the other titles on this list? Let That Thing You Do replenish the sands of your soul. Director Tom Hanks (who also plays the band's manager, Mr. White) also needed a pleasant distraction when he penned the script, and that is reflected in the result. Musical drama, pop culture satire, and romantic comedy harmonize wonderfully in a film that yields more warm fuzzies than a poplar grove in early June. Your eyes may get a bit runny during its storybook ending, but don't worry – a little sensitivity is nothing to sneeze at.