American Born Black takes you back to a time in hip-hop when the genre was filled with political messages from groups like Public Enemy, X Clan, and Paris. 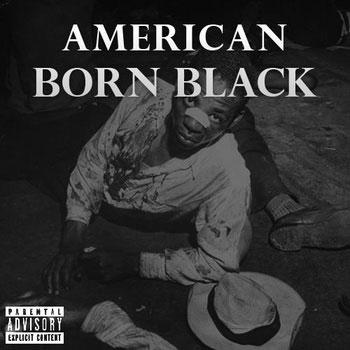 Ghost the Ill Figure's debut album, Golden Age Memoir, introduced us to a young MC who spit rhymes about growing up in Erie and had a love for hip-hop's Golden Era of the late '80s to early '90s. On his follow-up, we find Ghost a much more focused and mature mic commander. Americn Born Black is an oral dissertation on the state of being born black in America. Set over a fully self-produced barrage of classic '90s hip-hop sounds,  Americn Born Black  takes you back to a time in hip-hop when the genre was filled with political messages from groups like Public Enemy, X Clan, and Paris. Ghost draws a line in the sand and shows you exactly where he stands, with topics ranging from Trayvon Martin and police brutality to calling for the boycott of Black Entertainment Television and to lynch the N-word. If you are in search of hip-hop that makes you think, look no further. Head over to ill-noyz.bandcamp.com/album/american-born-black and download this free release. — Iggy Imig