Gideon and Varials at The Ballet Haus

A stacked lineup of hardcore bands 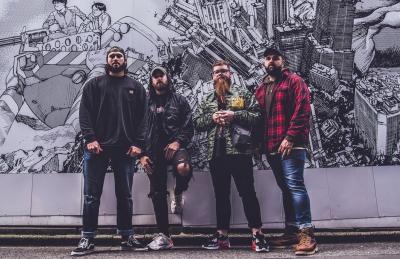 The Ballet Haus is "opening up the pit" with a stacked lineup of hardcore bands. Gideon and Varials are set to headline with support from Shiver, 156/Silence, and Crimson Shrine.

Gideon is a metal band from Tuscaloosa, Alabama. Formed in 2008, they have since released four albums and two EPs under Facedown Records and previous label Equal Vision Records. In 2017, Gideon found themselves on the Billboard charts with their hit album Cold. Since then, Gideon's growing popularity has led them to play tours and festivals with big names in the genre such as Wage War and The Devil Wears Prada, to name a couple. Earlier this year Gideon released an EP titled No Love/No One, which is available to stream and download.

Varials is a metalcore quintet from Philadelphia. Currently signed to Fearless Records, their latest album Pain Again has gotten them lots of exposure, sending their Spotify streams collectively into the millions. In 2016, they teamed up with Vicious Embrace to release Absolution, which earned praise from popular rock magazine Alternative Press among others. Varials also made an appearance in Atlantic City this summer to help celebrate the 25th anniversary of the famed cross-country Warped Tour.

Shiver is a local hardcore quartet. In early 2018, they released their debut self-titled album, which can be found on Spotify. Later that year they would go on to help support up-and-coming hardcore band Knocked Loose at Basement Transmissions.

From Pittsburgh is 156/Silence. In 2018, they dropped an eight-song album titled Undercover Scumbag on Innerstrength Records. They have been featured in Kerrang magazine's "6 Underground Metalcore Bands Redefining the Scene Right Now."

Formed in 2018, Crimson Shrine (formerly The Blacks of Their Eyes) is an Erie-based metal four-piece. Shortly after forming in early 2018, Crimson Shine starting writing and hitting the studio to release their debut EP Blood Offering last August. Since then they have shifted their focus to playing live and spreading their sound. — Dylan Tutmaher