Gimp Guy Underground Promotions is bringing punk rock to the people of Erie. 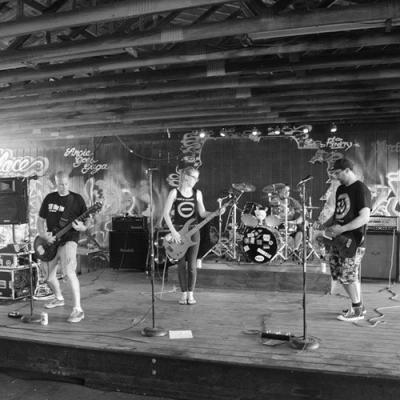 Alex Harrilla of Gimp Guy Underground Promotions is continuing to do what he does best – bringing punk rock to the people of Erie.

Since its inception, punk rock has consistently been an outlet for political disdain and criticism, and in light of the 2016 election season, many predict that we're likely to see a level of politically-driven anger and ferocity in the punk community not seen since the Reagan years. I may be reaching to assume the political ideologies of every punk band that comes through Erie, but the trend is already starting with the show at Bobby's Place brandishing the not-so-subtle political slogan "Make America Punk Again" on its flier.

Headlining the show is Erie's own Till The End, whose aggressive yet melodic style is reminiscent of 90s era punk bands like Bad Religion, NOFX, and Lagwagon. Their song "Nancy Grace" stands out among the rest as a true punk rock anthem.

Basing their sound off of older punk bands like Black Flag, Dead Kennedys, and Circle Jerks, Meadville's Genetically Engineered Super Humans (GESH) stay true to some of punk rock's deepest roots with the most raw and straightforward sound of any band in the area. Each song is like a middle finger to modern trends and expectations of punk music, and there's nothing more punk than that.

Out-of-town bands on the night's bill are Heel Turn, a fast and aggressive punk rock band from Clarion, and the punk/thrash metal crossover group, Crippled Mess, from Buffalo, whose influences range from Pantera to Nirvana.

Each band on this show has something different and exciting to offer to the local music scene. So come out to Bobby's Place and help make Erie punk again. – Tommy Shannon