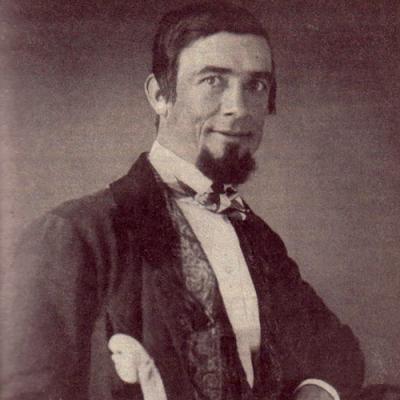 Girard is not even clowning around with Dan Rice Days, a three-day shout-out to the borough's main man on its Main Street (and beyond).

When Dan Rice first arrived in Girard in 1853, he was among the preeminent entertainers in the country, renowned as a singer, dancer, comedian, and animal whisperer (he trained an elephant to walk a tightrope and even tamed a rhinoceros — not a charge most are willing to take upon themselves). Rice became a full-time performer by the age of 20 (1843), and before he hit his 30th birthday, he was managing one of the most lucrative traveling circuses around. "Dan Rice's Great Hippodrome and Menagerie" raked in a staggering $1,000 a week during its peak (over $30,000 in today's dollars) thanks to its ringleader's uncanny charisma and charm. This guy was a hoot, and when the largely undeveloped tracts of land surrounding Girard hollered, he heeded the call.

A tiny village of 600 at the time, Girard was ideally located along Route 20 (which was the country's major east-to-west thoroughfare of the period) and the freshly constructed Erie Canal Extension, which was very amenable to the comings and goings of a traveling circus. The conservative townspeople, however, were not so keen on the "riff-raff" that accompanied the circus. Eager to be loved, Rice deftly humored the natives, and they in turn humored him. He was the life of the party (and hosted many of them at his swanky home), and the populace was a huge benefactor of his generosity.

Not only was Rice loose with his purse strings, the little feller was also said to be pretty loose with both flask and fist, earning a reputation as a drinker and a brawler. His lack of temperance strained two marriages (both ending in divorce) and also spurred a vicious rumor mill, especially during the Civil War (he split his time performing between both the North and South; when the war was over he donated toward the recovery of both factions). He died penniless and alone in 1900 (and not in Girard, which he deserted permanently in 1881) — a tragic and ironic fate for a man who had dedicated his life to (and often succeeded at) winning the crowd over.

Over the past 52 years, Girard has been making it up to him with Dan Rice Days, the celebration of a man now remembered as a dynamic figure who contributed greatly to the town's development. His spirit will be embodied in all manner of fun and frivolities, including a magic show, pony and carriage rides, bathtub races (literally bathtub vehicles on wheels), polka on the Culbertson House porch (named for former U.S. Representative William Culbertson), and more. Other highlights include the Miss Girard pageant, the Dan Rice Days 5K, and the eponymous parade (a nod to Rice's annual fall homecoming parades as he and his circus animals got ready to shack up for the winter).

Rest easy, Danny Boy — they've come around. And you can, too.

The festival runs from Thursday through Saturday. A complete schedule of events can be found at danricedays.com // General admission is free