by Nick Warren
View ProfileTwitterInstagramRSS Feed
August 16, 2017 at 9:00 AM 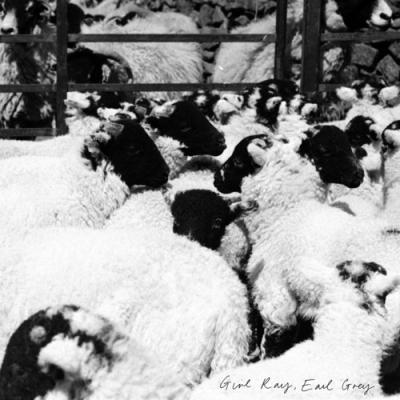 An outwardly appealing blend of retro tones, the tongue-twistingly titled Girl Ray's Earl Grey seems like an easy pill to swallow. Painted with the cartoonishly buoyant, psychedelic timbres of yesteryear, the London band has made a record that would be perfectly at home in any Wes Anderson soundtrack. Perhaps it's the striking vocal similarities to Nico that factor in. Either way, this trio of 19-year-old has have debuted with a sound well beyond their years. With adventurous excursions like the 13-minute titular "Earl Grey (Stuck in a Groove)," it's easy to tell that this band is not content with making simple lo-fi pop songs, no matter how good at it they are. Combining the lackadaisical soft-spokenness of Belle and Sebastian, the feminine urgency of the Raincoats, and the vintage studio sounds of the early 1970s, Girl Ray has produced an album that can fittingly bookend Whitney's Light Upon the Lake. The biggest detriment of the album is that it loses steam relatively quickly. The languid tempos, in tandem with the 54 minute run time can give way to restlessness. In small sips though, the record is delicious. —­ Nick Warren