Global Food Security ... but for Whom?

Sen. Robert Casey has introduced the Global Food Security Act of 2015. But who really benefits? 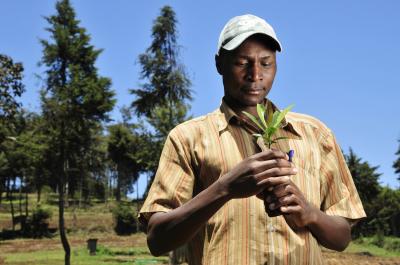 Casey added, "We know that competition for scarce resources can lead to corruption, migration, and violence." He then quoted the US Director of National Intelligence, who, in the 2014 Worldwide Threat Assessment report, stated, "Lack of adequate food will be a destabilizing factor in countries important to US national security that do not have the financial or technical abilities to solve their internal food security problem."

Sounds simple. Reduce global hunger and desperation through US outreach, including Feed the Future, thus increasing global health and decreasing the impetus for many to join terrorist organizations.

But the original Global Food Security Act of 2009, which Casey introduced with Sen. Richard Lugar (R-IN), proved controversial not in its altruistic intents, but in language that implied a mandate for development of genetic engineering in benefiting nations.

A 2009 report through the Food First Institute for Food and Development Policy concluded, "Senators Lugar and Casey's renewed focus on agriculture and food security is welcomed, but as their bill stands, the main beneficiaries will be the U.S. biotechnology industry, not poor farmers." The report, titled "Why the Lugar-Casey Global Food Security Act will Fail to Curb Hunger," continued, "Funding for agricultural research under Lugar-Casey is essentially a subsidy to corporate research and development goals, and is not targeted towards the most effective, appropriate, or cost-efficient technologies. In order to positively address the food crisis, any mandate for genetically modified crops must be stricken from the Global Food Security Act."

Several respected NGOs endorsed the bill. But plenty of others opposed it, mostly on the grounds that it would encourage proliferation of unproven, untested genetically modified food. Among those opposed were the Union of Concerned Scientists. UCS senior scientist Doug Gurian-Sherman wrote, "Whatever one thinks about the potential of [genetic engineering] to improve food security or availability in the future, it has not done much so far when compared to either the need or the success of other farming methods and technologies."

Meanwhile, in 2012, Casey opposed Bernie Sanders' amendment which would have guaranteed states' rights to label GMOs.

On Thursday, May 7, Casey and Sen. Johnny Isakson (R-GA) officially introduced the Global Food Security Act of 2015. With the right specifics, this legislation could benefit millions. Without, it will put millions into the pockets of benefiting corporations, and threaten global sovereignty. If Casey is truly "hungering and thirsting for justice," let's hope he gets it right this time.