Tonight, the Global Summit features a debate between Howard Dean and William Kristol on the future of government in the U.S.

by Jay Stevens
View ProfileFacebookTwitterGoogle+RSS Feed
November 13, 2013 at 10:47 AM 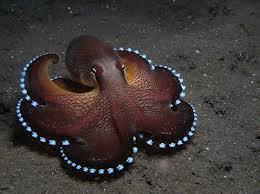 I couldn't find a picture of Dean and Kristol together, so here is a picture of Erie's favorite creature: the octopus.

Okay, no. Howard Dean and William Kristol will not be engaged in a real, bare-knuckle brawl. The debate tonight will probably be delightful, the very epitome of civility. It's likely not a harsh word will be spoken. Okay?

As always, you can check out the Global Summit schedule for yourself...

Who: Howard Dean and William Kristol

What: "A Debate on the Role of Government's Future"

Why: Howard Dean and William Kristol are two of the leading lights in contemporary U.S. politics, and stem from very different ends of the political spectrum. Perhaps more than anybody, Dean and Kristol can clearly articulate the different forces and ideas that are splitting Washington DC and the country.

More on Dean: Dean was the two-time governor of Vermont and a presidential candidate in 2004. He's a pragmatic progressive: he balanced state budgets while extending universal health care to Vermont children and legalizing same-sex civil unions. Dean also ran the DNC and instituted a "50-state strategy" that was instrumental in Democratic electoral victories in 2006 and 2008. It was his opposition to the Iraq War that made him the darling of young progressives, though, and these "Deaniacs" revolutionized activism, organizaing, and fundraising by taking it online.

More on Kristol: Kristol is the founder of The Weekly Standard, a conservative political magazine, and leading light of the contemporary neoconservative movement. Highly influential during the George W Bush presidency, Kristol and other neocons provided the intellectual basis for the invasion of Iraq. But it was Kristol's strategy for defeating Clinton-era health care reform that put him on the map: some of those political and rhetorical tactics are still in use against Obamacare.

More on Dean, the 50-State-Strategy, and Internet activism: From The Daily Kos founder, Markos Moulitsas: "Here's what too many people still don't understand -- there's nothing loony about the netroots....This is fertile territory for the Howard Deans of our party -- sensible, pragmatic progressives who aren't afraid to be Democrats. Why? Because we're the nation. We're not clustered in DC and NYC, we're spread out over all 50 states, and we know better than anyone what it takes to win in our own backyards."

Support for Kristol's Iraq Policy: Okay, I couldn't find any.