Humdrum Star is a worthy experiment in any atmosphere soundwaves travel. 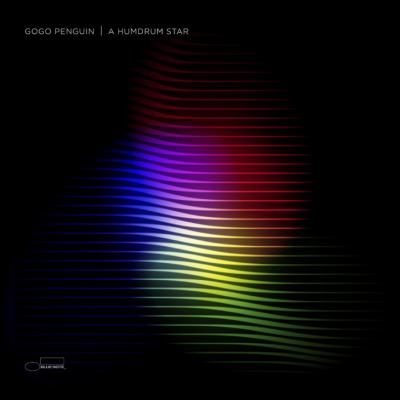 GoGo Penguin's star is young, but it is hardly humdrum. These wildly inventive Brits have the appearance of a traditional jazz trio (pianist Chris Illingsworth, bassist Nick Blacka, and drummer Rob Turner), but the sound they produce is of a more nebulous classification. On their fifth album, the group confidently fuses jazz aesthetics with the structures of electronic music. Illingsworth at times plays the role of a human sequencer, his spindly melodic lines interweaving with cascading chords and pulling the listener into each song's sonic web. These tapestries borrow from new age and ambient music (the opening wash of "Prayer," the laidback and mysterious melancholy of "A Hundred Moons"), U.K. jungle/drum n' bass (check out Turner's incredibly active drum work on "Raven" and "Transient State"), and trip hop (the nocturnal, minor key arpeggios of "Window").  Blacka is no less expressive an instrumentalist, as evidenced on "Strid," coaxing an impressive range of inflections out of his upright bass, from swampy slides to ethereal harmonics. Simultaneously soothing and moving, Humdrum Star is a worthy experiment in any atmosphere soundwaves travel. — Matt Swanseger