Going On Strike Against Culture

Matt Taibbi finally gets it. 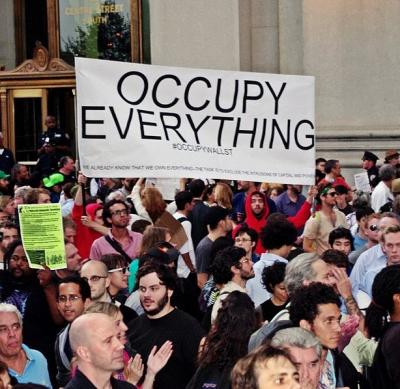 Occupy Wall Street was always about something much bigger than a movement against big banks and modern finance. It's about providing a forum for people to show how tired they are not just of Wall Street, but everything. This is a visceral, impassioned, deep-seated rejection of the entire direction of our society, a refusal to take even one more step forward into the shallow commercial abyss of phoniness, short-term calculation, withered idealism and intellectual bankruptcy that American mass society has become. If there is such a thing as going on strike from one's own culture, this is it. And by being so broad in scope and so elemental in its motivation, it's flown over the heads of many on both the right and the left.