Google Chrome Hears Your Every Move 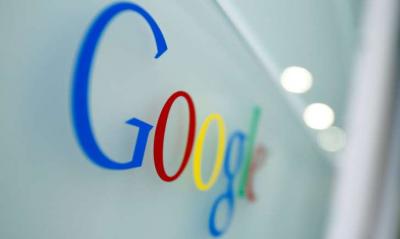 There's a moment in Citizen Four, the documentary about Edward Snowden's release of classified NSA documents related to government spying on civilians, when he unplugs the ethernet cable from his hotel room phone and explains to journalist Glenn Greenwald how the NSA and other global spy agencies can listen to your conversations even if you're not using the phone. It's one of those comments that makes Snowden sound like the paranoid miscreant that U.S. government so badly wanted him to be.

A new report by Samuel Gibbs for The Guardian further illustrated the tangled web of governmental overreach and corporate complicity when Gibbs outlined how a new plugin on Google Chrome and Chromium allows the search giant turned data glutton to listen to "your room."

Privacy-minded developers discovered that through the hotword plugin, Google is able to access the microphone on the user's computer allowing it to monitor and record sound.

"Without consent, Google's code had downloaded a black box of code that – according to itself – had turned on the microphone and was actively listening to your room," said Rick Falkvinge, the Pirate party founder, in a blog post. "Which means that your computer had been stealth configured to send what was being said in your room to somebody else, to a private company in another country, without your consent or knowledge, an audio transmission triggered by … an unknown and unverifiable set of conditions."

Google claims that users must opt-in to hotword, but the developer community isn't convinced citing episodes of autoactivating webcams and microphones.

Perhaps the most disturbing trend is that neither is most of the internet using world. Insiginificant changes made by Congress to renew the Patriot Act and its legislative attachments that established widespread data collection programs were viewed by many as progress in the otherwise futile fight to reclaim personal privacy.

And if policy wonkishness is not your thing, then follow the money. A few months ago the billionaire investors on the ABC network's Sharktank were asked to back a company that made smartphone clips which served as privacy shades for your mobile cameras. The sharks all said "no, thanks." In fairness to the sharks, the product needed some work, but that's usually part of the investment. They said, "No," in this case because there was no market for privacy.

As someone who has long surrendered to the Google gods, the collection of data bothers me far less than my inability to consent to its collection. But if social media has taught us anything about default settings in your user preferences, it's that there's a much more lucrative market for what you share than what you keep to yourself.