Google and Facebook are venturing into virtual reality for a sci-fi showdown. Will it pay off? 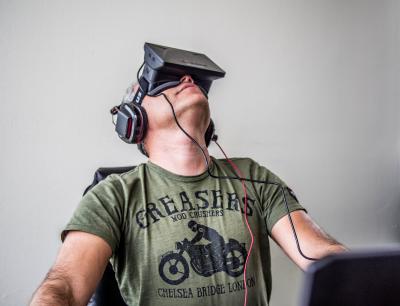 Google is going virtual. That may sound strange considering that Google is the dominant force in all things cloud-based and the fact that it is capturing a preponderant share of the mobile market. But after Facebook's purchase of Oculus VR for $2 billion, Google is attempting to make it's own stand in the virtual worlds marketplace.

The Wall Street Journal reported Saturday that Google has assembled a team of engineers – "tens of engineers" – to develop an Android based virtual reality application. Google is calling its virtual reality platform an operating system, which leads one to believe that it will function something like Second Life, a virtual world that it's creator, Linden Labs, has been trying to capitalize on for the better part of a decade. 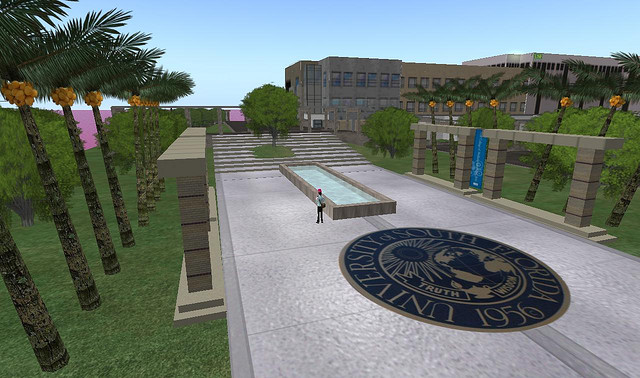 Google appears to be in the uncommon position of playing catch up to its competitors. There's no doubt that Google possesses the brainpower to create a virtual reality platform that competes with Facebook and its ancillary services like Oculus VR. What remains in question is whether or not Google – or Facebook, for that matter – will be able to effectively monetize virtual reality.

Gartner, Inc., a technology consulting firm, each year produces what it calls the Gartner Hype Cycle, a proto-index of technological innovation and the likelihood that such technology will meet widespread adoption.

If we were to discuss this only in terms of cell phones, your friend who waited in line at the Apple Store to abandon his flip phone for an iPhone would be considered an "early adopter." Your mom, who went kicking and screaming into the abyss of instant karma, would be a "laggard."

The Hype Cycle is based on the expectation of an audience over time whereas the Diffusion of Innovation is more related to the user experience. But the two are closely related. 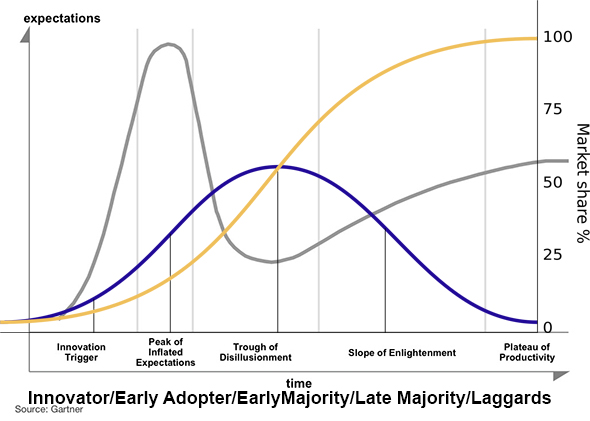 Virtual worlds and virtual reality have stagnated in what Gartner calls the "Trough of Disillusionment," which essentially means that consumers aren't sure what to do with the technology. As a result, virtual reality has consistently remained 5 to 10 years from mainstream adoption since its consumer inception less than a decade ago. 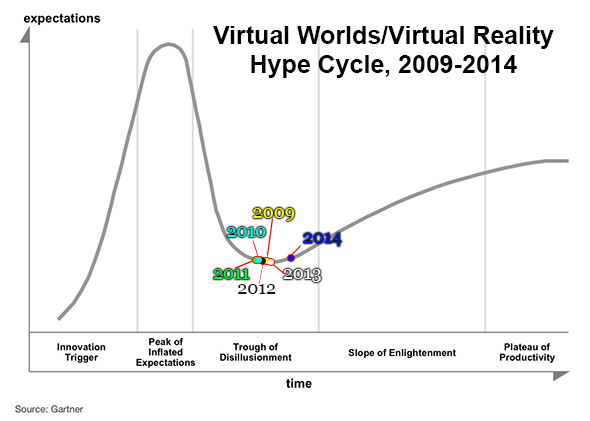 Google would like to change that. It's move toward wholesale consumer virtual reality has the potential to mainline the virtual experience into your home and, one would guess, onto your mobile devices.The challenge will be convincing a marketplace full of people whose virtual reality experience is limited to using their GPS to get to the grocery store that this technology will not lead to them becoming Jeff Bridges character, Kevin Flynn, from Tron.