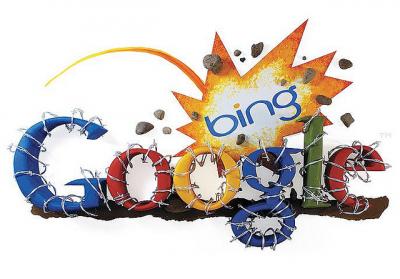 Google is facing a major challenge from the European Parliament (EP), the governing body of the European Union. Much of the legislation passed by the EP deals with consumer protections and the environment.

The EP resolution, led by members of the German government, argues that Google is too powerful.

Google has refused to comment on the issue thus far.

Google was forced to comply with a European court ruling earlier this year, which gave consumers the right to have old search results about themselves removed.

So if a person filed for bankruptcy a decade ago and documents or information related to that case still popped up in search results, proving potentially harmful to the individual, he could petition to have those results removed from Google in the United Kingdom.

The current EP resolution is potentially more damaging for Google because of its overriding antitrust tone.

That's because Google is accused of giving preferential treatment to its own services and reviews in search results even when those results are aggregated from other services. Its vertically integrated business model is hindering competition, opponents argue.

For example, if you search for a restaurant review, Google will give you its review of the restaurant even of the content of that review originated with Yelp.

Google is likely to argue that the algorithm that aggregates reviews like those posted to Yelp is the strength of its search engine.

Yelp, and other content providers, argues that the Google overlay of its content diminishes its online presence and lowers its financial valuations.

There hasn't been much traction for such arguments in the U.S., but European regulators see the situation differently.

They would like to see Google split into separate companies in an attempt to level the tech market across Europe.

"Unbundling cannot be excluded," says Andreas Schwab, a German MEP who is one of the motion's backers, in an interview with the Financial Times.

Google is experiencing the great problem of globalization in the 21st century. Essentially, there is no common regulatory standard for business across international markets. The lack of standardized regulation has plagued a range of industrial variables from intellectual property to financing.

If only there was some way to search for a solution.